The multiday experience will showcase the local cuisine as seen through the eyes of three top-rated chefs. 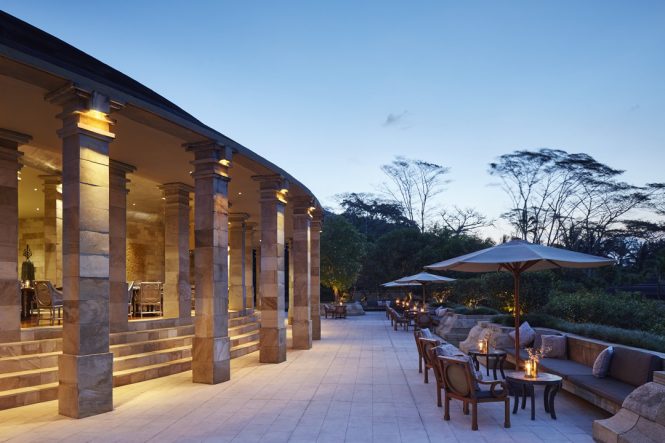 Dusk falls on the terrace at Amanjiwo’s restaurant. (Photo courtesy of Amanjiwo)

Indonesia-based gourmands planning to book a holiday in Central Java next month now have even more reason to do so. The acclaimed Amanjiwo resort has invited three of the country’s top chefs to preside over A Culinary Expedition to Java (March 25–28, 2021), a three-night experience that puts the spotlight on Javanese cuisine through indulgent multicourse meals, cooking classes, foraging sessions, and even an exclusive gala dinner at the nearby UNESCO World Heritage–listed temple of Borobudur.

Two of the featured guest chefs are based in Bali: Eelke Plasmeijer is the co-founder and co-owner of Locavore, an avant-garde eatery in Ubud with a razor-sharp focus on local ingredients and sustainability (it ranks 42nd among Asia’s 50 Best Restaurants); while Wayan Kresna Yasa worked in well-known American restaurant kitchens, like that of two-Michelin-starred Acadia in Chicago, before returning to his native Bali and opening all three Indonesian venues at Seminyak’s Desa Potato Head: Kaum, Ijen, and Tanaman. Last but not least, New York–trained chef Fernando Sindu is the mastermind behind the globetrotting fare at popular Jakarta restaurants such as Benedict and Cork & Screw Country Club, and was named Chef of the Year at the 2019 Jakarta’s Best Eats awards.

On March 25, guests will enjoy a five-course welcome dinner prepared by Fernando, while the 26th includes an alfresco lunch beside the Progo River, with Wayan and Plasmeijer cooking up a feast centered on a marinated whole lamb roasted over hot coals. The final day will see all three chefs collaborating on an elaborate six-course meal using local ingredients produced on the grounds at Amanjiwo. Additional activities offered as part of the experience range from a pre-breakfast foraging experience led by Plasmeijer, limited to 10 guests, to a health- and nutrition-focused cooking demonstration by Wayan and an intimate dinner (for eight) made by Fernando in a rustic farmhouse. 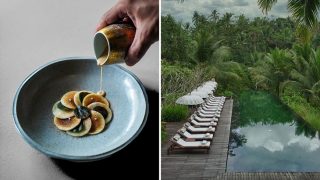 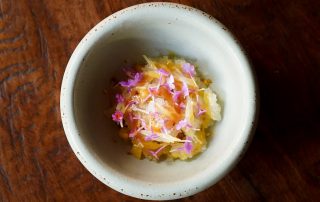 This month, one of Bali’s top restaurants will be bringing its avant-garde cuisine to the Indonesi...