Designed by Foster + Partners, the newly opened terminal in Amman—one of the world’s oldest continuously inhabited cities—consolidates the fast-growing Jordanian capital as a key hub for the Levant while showcasing state-of-the-art design. Named for Alia al-Hussein, the third wife of the late King Hussein and the kingdom’s first titled consort, Queen Alia International Airport’s new terminal can be extended in increments to allow it to grow 6 percent annually, which would increase overall capacity more than threefold to 12 million passengers per year by 2030. Concrete has been used in the construction—the material’s thermal mass well suited to the kingdom’s seesaw climate of hot days and cold nights. Foster + Partners’ chief executive, Mouzhan Majidi, called the airport an “extraordinary project,” which had drawn on the specialist skills of climate analysts and geometry experts. From above, the terminal looks like a wadi palm frond fanning out, while side glazing allows views of the apron and tessellated ceiling panels draw natural light into the concourse. Some 32 airlines will operate out of the new terminal. Flag carrier Royal Jordanian operates the most routes—its Asia destinations include Bangkok, Colombo, Delhi, Hong Kong, Kuala Lumpur, and Mumbai. 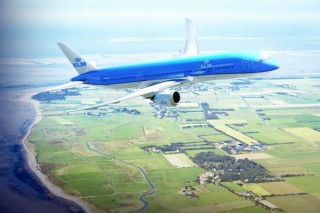 The new plane features enhanced seating and entertainment options and will take to the skies in Octo... 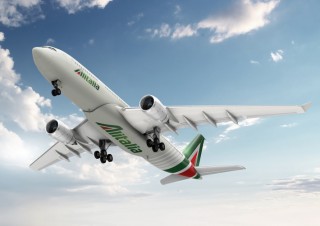 In addition to its new livery, the Italian flag carrier is refurbishing its cabins and has recommenc...