Among the city’s newer attractions is a series of defensive tunnels dug through the limestone bedrock by the Knights of St. John, which for the first time in their history have been opened to the public. The Knights never used them—after the Ottomans failed to take the city during the Great Siege of 1565, Malta was left alone until the French took control, briefly, during the Napoleonic era. But the British did, converting the underground complex into the former colony’s Allied command center during World War II. The so-called Lascaris War Rooms, from which the 1943 invasion of nearby Sicily was coordinated, today make for a fascinating tour, particularly the operations rooms. These look exactly as they must have in the 1940s, complete with antiquated radar equipment, telephone switchboards, and table maps festooned with plotting markers.

I emerge from the tunnels into the sunlight at the counterguard, where a round stone cubicle juts out from the corner of the fortifications. Soldiers used to stand guard here around the clock, and they certainly had a great view: the vista sweeps the breadth of Grand Harbour and the Three Cities across it—three towns that preceded Valletta, their medieval urban fabric even older and more convoluted. It’s now possible to reach them and their historical ambience directly via water taxis that ply the harbor.

The recent advent of water taxis became feasible after the Upper Barrakka Lift was constructed in 2012, a 20-story freestanding elevator that carries people down from the fortifications to the shores of Grand Harbour. It’s a stupendous piece of architecture consisting of two steel mesh–clad lifts divided by a flight of stairs, which I decide to walk down in order to better appreciate the fortifications’ height. Pausing at the top to look over the edge—a sheer drop of almost 60 meters—my legs wobble momentarily with vertigo.

Up at the seaward tip of the city, a previously inaccessible part of Valletta has acquired a new appeal as well. Restored and reopened to the public, Malta’s most famous bastion, the star-shaped Fort St. Elmo, beckons exploration, from its evocative stone chapel to its embrasured ramparts; it also now houses the new National War Museum, an archive of the country’s military history from prehistoric times to the present. Just to the east, a flight of stairs leads down to the base of the fortifications, where a metal-trussed footbridge destroyed during World War II has recently been reconstructed. It connects the shore with the long arm of Grand Harbour’s breakwater. Walking to the end of the sea wall, I turn and gaze back at the fortifications. They appear solemn and impregnable, like natural cliffs. I can imagine the misgivings that an invading army approaching Valletta by sea would have felt.

Later, I amble around the backstreets of Valletta, where the four-story residential buildings are weathered and decayed. Clothes hung out to dry on balconies flutter in the breeze like colorful pennants as smells of mold and kitchen aromas waft by on the breeze. The air of neglect is more pronounced on Strait Street, the narrowest alley in Valletta. Once renowned for its debauchery—betting halls, billiard bars, girlie joints—it was described by Evelyn Waugh in his 1930 travel book Labels as “the most concentrated and intense slum in the world.” Now many of the buildings are derelict, the louche establishments long boarded up. But even here there are signs of revival, namely Tico Tico, a bar fitted out with cheeky pink and red satin sofas, and StrEat, a whisky den and bistro that inhabits a stone-walled cellar. They’re two of the trendiest haunts in the city. 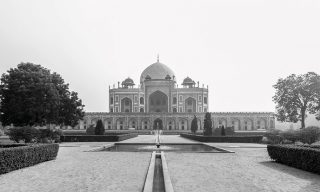 A Guide to the Hidden Gems of Delhi’s Architectural Legacy

While Delhi’s rich architectural legacy has yet to receive the attention it deserves, a nascent co... 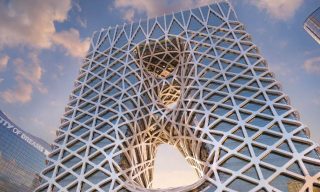 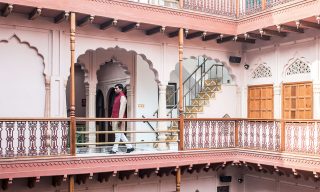 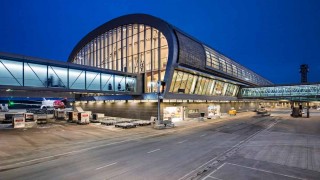