Celebrating 50 years of big-cat conservation in India, the tour will depart in December 2022 and January 2023. 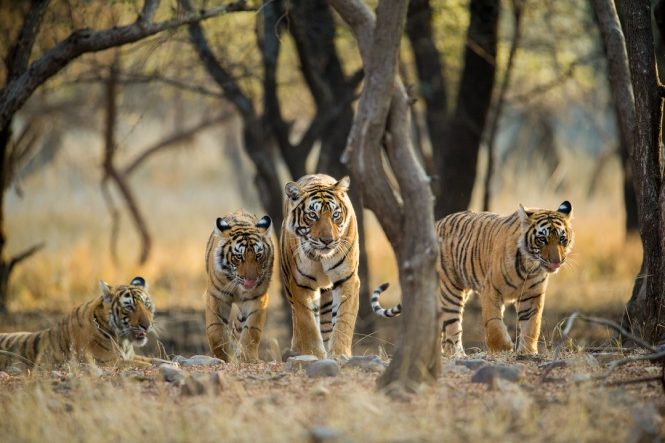 A tiger mom and her cubs at Ranthambhore National Park, India. (All photos courtesy of andBeyond)

After enduring a year and a half of being cooped up at home, nature-lovers seeking a bucket-list trip may want to check out the latest offerings from luxe safari specialist andBeyond. The travel operator is marking its 30th anniversary with a lineup of limited-edition itineraries; one newly announced addition is A Project Tiger Expedition, which will take guests on a 16-day romp across northern India in search of the country’s most famous big cats.

Hosted by the prominent naturalist, conservationist, and wildlife photographer Aditya Panda, the journey celebrates half a century of tiger conservation in India. Travelers will explore three major national parks, from the famed tiger sanctuary of Ranthambore to Kanha—one of the largest conservation areas in the country—and Kaziranga National Park. Additionally, they’ll be granted special access to Dr. Raghu Chundawat, one of India’s best known tiger experts, who will share fascinating insights from his decades of wildlife research.

Tigers won’t be the only wild animals on the agenda. Travelers will also have the chance to seek out other endangered species, such as the Asian elephant and Asiatic lion, plus threatened mammals like the Indian rhinoceros, sloth bear, and barasingha (a.k.a. swamp deer). A visit to the Centre for Wildlife Rehabilitation and Conservation near Kaziranga will provide a firsthand glimpse into the rescue and rehabilitation of India’s endemic fauna. 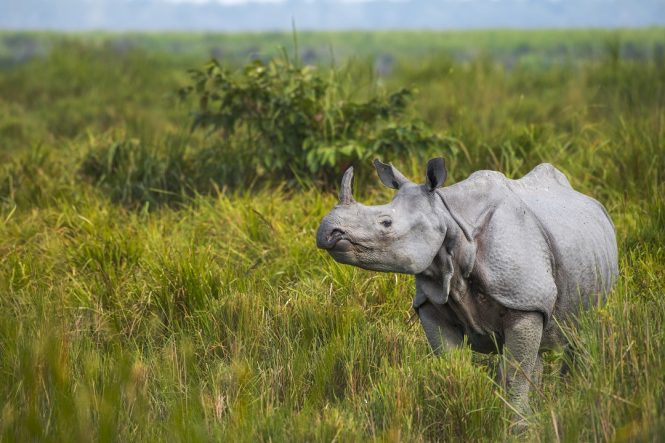 An Indian rhinoceros seen in Kaziranga National Park, located in the northeastern state of Assam. 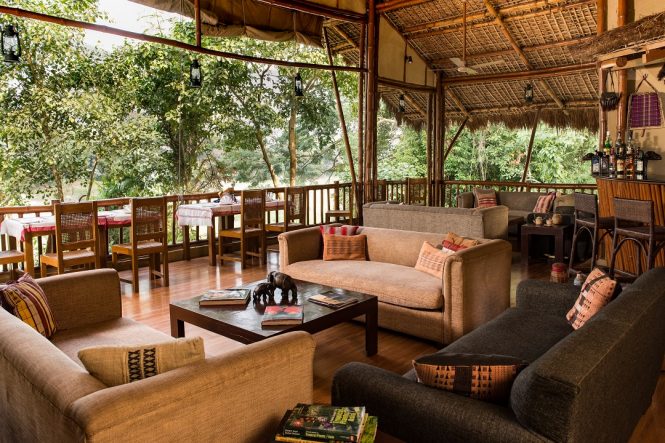 An open-air lounge and dining area at Diphlu River Lodge in Kaziranga.

A Project Tiger Expedition is limited to two departures from December 1–15, 2022 and January 12–26, 2023, with a maximum of six to eight guests on each trip. Prices start from US$9,919 per person sharing, and part of the cost will be pooled into a US$1,500 group donation for Tiger Watch, an NGO that leads anti-poaching efforts in and around Ranthambore. Creature comforts are guaranteed with stays at Sujan Sher Bagh, a Relais & Châteaux property nodding to the safari camps of the 1920s; Singinawa Jungle Lodge on the edge of Kanha National Park; and the rustic-luxe Diphlu River Lodge in Kaziranga, which features 12 stilted cottages. For overnight stops in Delhi, Agra, and Jaipur, travelers will be based at five-star urban such as The Oberoi, New Delhi and The Oberoi Amarvilas in Agra.

Other choices from andBeyond’s 30th-anniversary itineraries include an eight-night sojourn in Botswana split between Chobe National Park and the Okavango Delta, plus a trip that combines several days of diving the annual Sardine Run off South Africa’s Wild Coast with a Big Five safari. Also being offered is a nine-day exploration of Serengeti National Park in Tanzania, incorporating walking safaris, game drives, a hot-air balloon ride for a bird’s-eye view of the Great Migration, and time spent at a ranger training school to learn about what it takes to become a professional safari guide. 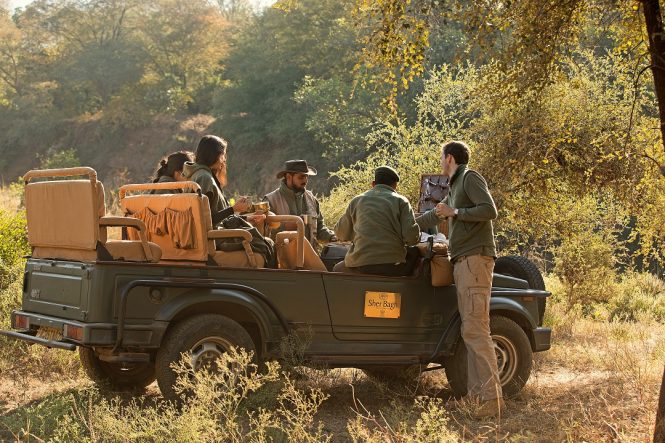 Guests at Sujan Sher Bagh out on safari in Ranthambore. 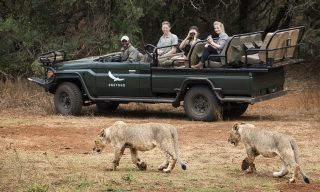 Visit Live Safaris From Your Couch With AndBeyond and WildEarth 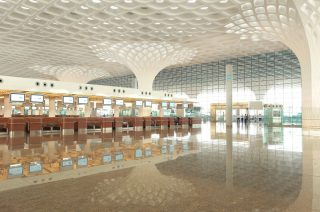 Domestic Flights in India to Resume Next Week

The current ban will be lifted on May 25, but operable routes remain dependent on permission from in... 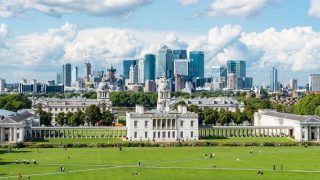 Fears over a more infectious variant of the coronavirus have prompted authorities to cut key air lin...