From dizzying mountain ranges to sprawling rice fields, these stunning destinations are worth ticking off your bucket list — again and again.

1. Andaman Islands, India
The Andamans may be tricky to get to, but intrepid travelers who make it to this unplugged archipelago in the Bay of Bengal, some 1,400 kilometers off the east coast of mainland India, will have dive sites, thick jungle, and long white beaches almost entirely to themselves. Havelock is the most touristed of the islands, and it’s here you’ll find the brand-new Taj Exotica Resort & Spa, the Andamans’ first five-star resort, which features a private beach and 75 villas inspired by local Jarawa huts. With water all around, it’s no wonder this far-flung locale is among the destinations domestic airline SpiceJet is considering for its soon-to-launch seaplane service. It’s also the ideal setting for a boat rally: the inaugural Sail the Andamans yacht carnival kicks off on February 20, beginning and ending in the islands’ capital, Port Blair. Foreign visitors were first welcomed in 1974, lured by the prospect of climbing to the Paro Taktsang (a.k.a. Tiger’s Nest) monastery and witnessing the world’s last stronghold of Vajrayana Buddhism.

2. Bhutan
A country of dizzying mountain ranges, vast green valleys, and gilded stupas, this Himalayan kingdom survived in splendid isolation for more than 1,000 years. Foreign visitors were first welcomed in 1974, lured by the prospect of climbing to the Paro Taktsang (a.k.a. Tiger’s Nest) monastery and witnessing the world’s last stronghold of Vajrayana Buddhism. But limited flights and a US$250 daily tax have kept tourism low-impact and high-value, as witnessed at the luxe lodge circuits operated by Aman and COMO Hotels and Resorts, which has also launched the country’s first helicopter adventure. This year, look out for the opening of Six Senses Bhutan, a collection of five intimate lodges scattered among the mountain valleys of western and central Bhutan. The first three (Thimpu, Punakha, and Paro) will set the tone in September, with Bumthang and Gangtey following toward the end of the year. A beach on Aitutaki in the Cook Islands, now home to one of the biggest marine reserve areas in the world.

3. Cook Islands
With fewer crowds than most of its Pacific neighbors, the Cook Islands is a heady patchwork of hallucinatory white beaches and impossibly clear water—in fact, more than 99 percent of the country’s exclusive economic zone is ocean. Today, the 15-isle archipelago is setting global goals when it comes to conserving its biggest asset, as witnessed by the recent launch of Marae Moana, a vast marine managed area (the name translates as “Sacred Ocean”) covering almost two million square kilometers, with a chunk that is completely off-limits to fishing and seabed mining. So grab your snorkel and prepare to gaze, unobstructed, at more than 130 species of coral, 600 types of fish, numerous species of threatened turtles, endangered reef sharks, whales, and dolphins. When in Mornington Peninsula, be sure to bliss out at a pool.

4. Mornington Peninsula, Australia
The small towns that dot the Mornington Peninsula offer plenty of country swagger. But given their proximity to Melbourne, they’re also attracting seriously savvy hospitality operators. Around 100 kilometers south of the Victorian capital, the region is dotted with olive growers, cheesemongers, and vineyards like Pt. Leo Estate. Stunning cold-climate wines can be enjoyed at the estate’s cellar door or in the new restaurant manned by Phil Wood (an alumnus of Sydney’s Rockpool) before a stroll through the just-opened sculpture park, home to more than 50 large-scale contemporary local and international works. Check in to the nearby Jackalope—the design-driven vineyard hotel debuted last year to instant acclaim—before blissing out at Peninsula Hot Springs; this year, the geothermal spa will add seven new pools to its Bath House, with a wellness center also on the agenda.

5. Niigata Prefecture, Japan
It may be known for its ski resorts, rice fields, and onsen, but Niigata’s reason to shine in 2018 is art. On the northwest coast of Honshu, the unlikely host of the Echigo-Tsumari Art Triennial (Jul. 29–Sept. 17) echoes the country’s love for hosting world-leading cultural events in unexpected locations—think Yokohama and the Seto Inland Sea. This showcase is particularly noteworthy, however, as it is held every three years as a way to reinvigorate the rural Echigo-Tsumari region in the prefecture’s bucolic but impoverished south. Exhibitions are held in abandoned schools and homes, with hundreds more sculptures by Japanese and international artists installed amid paddies, on street corners, and in forests. All told, the triennial spans more than 750 square kilometers and 200 villages, earning it the distinction as the world’s largest such event. A man in a kalpak, a traditional Kyrgyz hat.

6. Kyrgyzstan
Mark your calendar: the World Nomad Games is returning to Kyrgyzstan’s Lake Issyk-Kul this September. The riotous biennial celebration of nomadic culture sees peoples from across Central Asia—Tajiks, Tatars, Uzbeks, Uyghurs—descend on this former Soviet republic to participate in more than 35 sporting events that range from belt wrestling to a version of polo involving horses and a goat’s carcass. For those keen to see more of the surrounding countryside, London-based tour operator Wild Frontiers has created a 13-day itinerary that starts in Bishkek on August 24 and takes in the historic caravanserai of Tash Rabat, the alpine lake of Son Kul, and Djety-Oguz Gorge before arriving at Issyk-Kul in time for the Games’ opening ceremony. Culture of a different kind is being revived in Kyrgyzstan’s oldest and second-largest city, where locals have rallied to launch Destination Osh. New walking tours highlight Osh’s 3,000 years of history as an important stop on the Silk Road, with cooking classes, culinary tours, and home visits providing a timely glimpse into the city’s traditions.

7. Cambodian Coast
While most travelers to Cambodia head to the jaw-dropping temples of Angkor—and who can blame them?—other parts of the country are beginning to attract their own share of visitors. We’re bullish about the Cardamom Mountains, but in 2018 all eyes will be on Cambodia’s nearby Gulf of Thailand coastline, where two new luxe island resorts are set to join the pioneering eco-retreat Song Saa and the months-old, 67-villa Royal Sands Koh Rong, both in the Koh Rong Archipelago. This year’s much-anticipated newcomers lie closer to Sihanoukville: Six Senses Krabey Island, with 40 pool villas crafted from natural timber and glass; and Alila Villas Koh Russey, whose Khmer-inspired quarters are expected to be ready by the end of the year. Could this be the beginning of a new Cambodian Riviera? 8. Pyeongchang, South Korea
The South Korean county of Pyeongchang has stolen news-paper headlines for its hosting of one of the world’s biggest sporting events: the Olympic Winter Games and Paralympics in February. The good news for powder hounds is that the exceptionally well-groomed ski runs and jump center in Alpensia are now just an hour’s commute from the Korean capital, thanks to a new high-speed rail line that connects Seoul and Incheon International Airport with the county. But Pyeongchang’s mountains hold an allure that extends beyond their snowfields. The region is home to Odaesan National Park, South Korea’s largest natural forest, dotted with important religious sites including Woljeongsa Buddhist temple and seventh-century Sangwonsa, home to the oldest bronze bell in the nation. 9. Sikkim, India
Bhutan’s near neighbor is also on our to-do list this year, just as soon as the new Pakyong Airport begins operations in Gangtok. A former Buddhist kingdom tucked high in the eastern Himalayas, the Indian state of Sikkim has attractions to spare, from grand old monasteries and authentic cultural encounters to spellbinding views of Kanchenjunga, the world’s third-highest mountain. But getting here has always been an effort: the closest airport for now is a nail-biting, four-plus-hour drive away in West Bengal. The opening of Pakyong (a long-delayed project slated to begin service in the next few months) outside the cosmopolitan Sikkimese capital will improve access considerably, with direct flights to New Delhi and Kolkata.

10. Aotea/Great Barrier Island
A half-hour scenic flight from Auckland over the Hauraki Gulf brings the adventurous to New Zealand’s fourth largest landmass, Aotea or Great Barrier Island. Its roughly 900 permanent residents live a proudly independent, off-the-grid existence: there are no banks and ATMs, no supermarkets, and no mains electricity, with locals reliant on solar and wind energy. But that kind of isolation has its benefits. Last August, the entire island was declared the world’s third Dark Sky Sanctuary, and Resident Dark Sky Ambassadors now ply visitors with high-quality telescopes, binoculars, blankets, and bean bags for unforgettable stargazing sessions. By day, you can explore the 12,000-hectare Aotea Conservation Park, whose native flora and fauna—kauri trees, pateke ducks, and chevron skink lizards—flourish in an environment free from invasive species. Feeling ambitious? Opt for a three-day trek along the 25-kilometer Aotea Track, which was reopened in 2016. 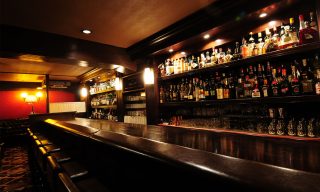 Have You Visited Asia’s Top 5 Bars?

Have You Visited Asia’s Top 5 Bars?

The hottest spots for refined cocktails and other libations, according to Asia’s 50 Best Bars 2017...