Traveling around Asia and wondering which bars not to miss? Look no further, for Drinks International magazine has recently revealed its inaugural Asia’s 50 Best Bars awards that will narrow down your many options and take you around some of the region’s finest watering holes, all boasting their own unique experiences, design, and delicious cocktails.

Singapore’s 28 Hong Kong Street leads the list in first place, while Shanghai’s Speak Low, which opened in 2014, trail behind in second place, and Hidetsugu Ueno’s High Five bar in Tokyo in third place. Shangri-La’s Lobster Bar and Grill in Hong Kong made it to fourth place on the list and is followed by another Singaporean establishment, the Manhattan, which claimed the fifth spot. Both Singapore and Hong Kong seem to have a fair share of venues on the list, with a total of nine bars representing each country. A close second would be Japan, with eight bars on the list, including the Royal Bar at Palace Hotel Tokyo on 28th place, an intimate bar helmed by Manabu Ohtake, who in 2011 was named the world’s best bartender.

Two of Manila’s bars also claimed a spot on this inaugural regional list, with The ABV sitting in 14th place and The Curator ranking 18th, both of which are located in the capital’s Makati area. In Jakarta, Loewy and Union Brasserie, Bistro, and Bar—both ventures of the city’s Union Group—became the only two venues from the city on the list, ranking 32nd and 35th respectively.

A Celebration of Food and Wine in Melbourne

The festival will see a total of 290 events take place across the city from March 4 to 13. 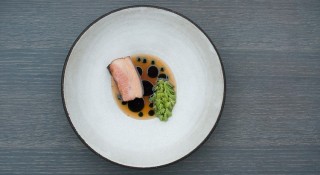 René Redzepi to Open a New Restaurant in Copenhagen

Foodies can preview tastes from the new restaurant when the 108 crew takes over Noma's kitchen durin...