Level 3 restrictions for the 1.7 million residents of New Zealand’s largest city will last until Sunday. 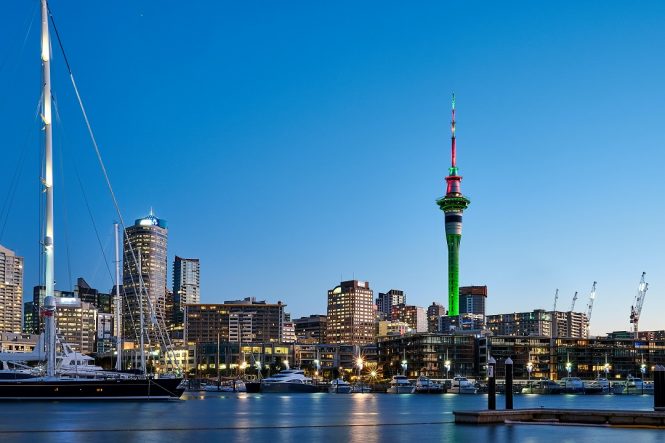 Auckland was plunged into a seven-day Level 3 lockdown at 6 a.m. yesterday morning, marking the second time those restrictions were imposed within a month. New Zealand Prime Minister Jacinda Ardern announced the measure late Saturday, calling it an “unfortunate, but necessary position of needing to protect Aucklanders once again” after health authorities reported an unlinked case of Covid-19 in the community. The asymptomatic 21-year-old student had been in several public spaces while infectious over the course of a week; Ardern expressed “frustration” that he went to the gym instead of isolating at home after getting tested for the virus. Subsequent genome sequencing revealed he had the more transmissible U.K. variant, and contact tracers have established a clear link between the latest case and infected families in the South Auckland suburb of Papatoetoe, taking the existing cluster there to 13.

Under Alert Level 3 restrictions, Aucklanders must stay at home and work remotely as much as possible; those in non-essential sectors can leave the house only to stock up on supplies of basic goods. Schools and daycare centers remain open to children of essential workers, while public venues such as pools and playgrounds have been closed for the duration of the week. Funerals and weddings are now limited to just 10 people. This latest lockdown affects several major events, including the America’s Cup yacht race due to begin on Saturday in the Hauraki Gulf. Restrictions in the rest of the country have been raised to Level 2, with gatherings capped at 100 people.

Police checkpoints have been set up around Auckland to restrict travel in and out of the city, but that did not stop some Aucklanders from fleeing to their out-of-town bach (summer home) — a move that drew sharp criticism from top microbiologist Dr. Siouxsie Wiles, who said those unknowingly incubating the virus “could be setting off chains of transmission and potentially in places with far less healthcare capacity than Auckland.” No new community cases were reported on Sunday, and Ardern urged Aucklanders with symptoms or those who had been in places with health alerts to be tested without delay. The Prime Minister added that residents of South Auckland, home to Auckland Airport, would be first in line during the general vaccine rollout, as it is deemed a higher-risk area given the potential exposure with incoming travelers from abroad.