Restrictions on outbound travel for citizens and residents are also being maintained for the same period. 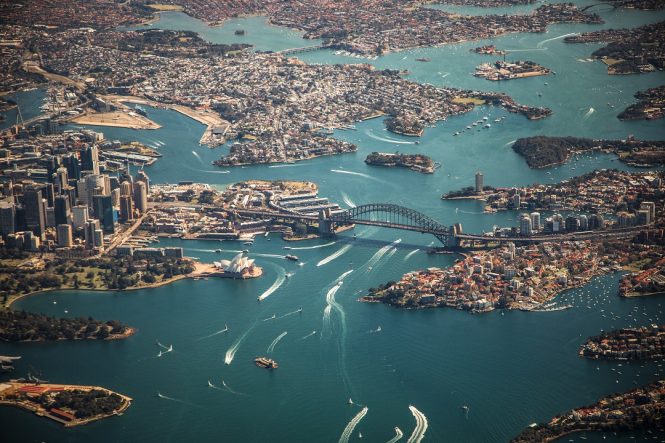 An aerial view of Sydney and its harbor. (Photo: Jamie Davies/Unsplash)

Canberra has just extended its ban on international travel for another 90 days, with hard border restrictions with the rest of the world set to last at least 15 months in total. The news comes as more than 40,000 Australians remain stranded abroad; returnees are forced to contend with astronomical prices for the limited seats home.

Minister for Health Greg Hunt released a statement on Tuesday saying that the country’s “human biosecurity emergency period” first imposed on March 17 last year will now be prolonged until June 17, 2021, to “ensure the Australian government has the powers to take any necessary measures to continue to prevent and control Covid-19.” The decision was made based on epidemiological advice provided by the Australian Health Protection Principal Committee (AHPPC) and Commonwealth Chief Medical Officer, Professor Paul Kelly.

Existing rules will remain in place: pre-departure testing and masks are mandatory on international flights, while the entry of cruise ships into Australian territory and local ports will continue to be restricted. The ongoing ban on overseas travel bars citizens from leaving unless they seek an exemption, puts strict caps on the numbers of Australians returning per week (through designated airports), and prohibits foreign travelers and non-residents from entering the country.

In the same statement, Hunt added, “The AHPPC has advised the Australian government the Covid-19 situation overseas continues to pose an unacceptable public health risk to Australia, including the emergence of more highly transmissible variants. The extension of the emergency period for a further three months is about mitigating that risk for everyone’s health and safety.”

The health minister did, however, note that Australia could reopen its borders sooner if the restrictions were “no longer needed.” That said, the middle of June may still be an optimistic estimate, given that the country has only just started vaccinating its first priority groups (including elderly residents and hotel quarantine, border, and frontline heath workers); the majority of Australia’s general population is not expected to be inoculated until later in the year.