New Zealanders flying into cities such as Brisbane, Melbourne, and Sydney now have to go into quarantine. 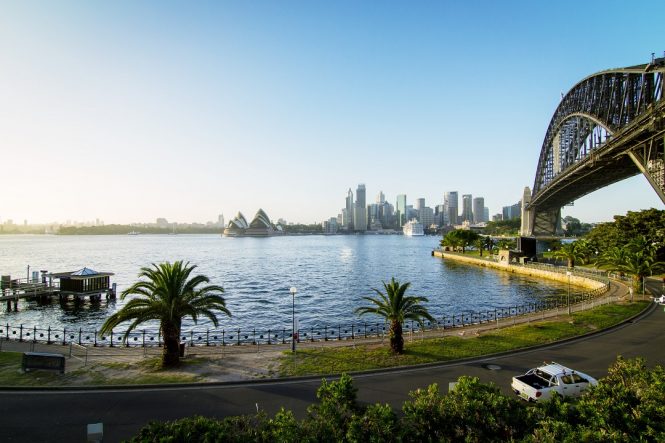 Sydney’s CBD as seen from the suburb of Kirribilli. (Photo: Photoholgic/Unsplash)

Fears over a more infectious variant of Covid-19 have prompted Australia to immediately halt its “travel bubble” with New Zealand after authorities there revealed that the first case of community transmission in more than two months had the South African strain, also known as 501.V2. Australia’s federal health minister Greg Hunt told reporters this afternoon that the suspension was effective immediately, saying, “This will be done out of an abundance of caution whilst more is learnt about the event and the case.”

“Anyone who has arrived in Australia on a flight from New Zealand on or since January 14 is asked to isolate and arrange to be tested and to remain in isolation until they have a negative test,” He added. New Zealanders scheduled to visit Australia in the next three days are being urged to reconsider their need for travel; those who insist on carrying through with their plans will have to quarantine for at least 72 hours at their own expense, and may be asked to stay the full 14-day period required for all other overseas travelers.

In New Zealand, the relevant case is a 56-year-old woman who was found to have the South African strain after testing negative for the virus twice during her 14-day quarantine at the Pullman Auckland Hotel. Genome sequencing has traced the source of infection to a fellow guest housed on the same floor of the Pullman. Before developing symptoms, she had visited nearly 30 places in the Northland region outside Auckland, including an art gallery, a museum, and various supermarkets, shops, cafés, and restaurants.

The 501.V2 variant was first detected in South Africa last October and has since cropped up in countries such as Belgium, Israel, Japan, Switzerland, the UAE, and the United Kingdom. So far, 13 people in Australian quarantine have tested positive for the highly transmissible mutation.