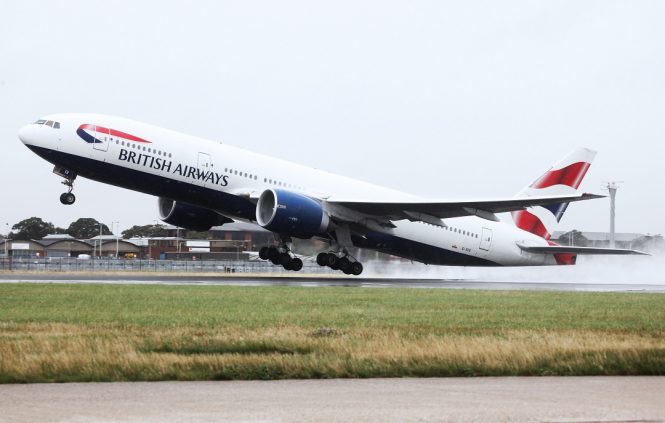 Airlines serving Hong Kong are facing stricter rules regarding the carriage of people found to be infected with Covid-19. If a single passenger tests positive for the virus upon arrival, the carrier in question can face a two-week suspension on the route should any other travelers breach health measures onboard. British Airways is the latest airline to be sanctioned by the local health department, and all scheduled services from London Heathrow to Hong Kong have now been cancelled until December 25.

Previously enacted regulations give authorities the power to enforce a two-week suspension if five or more passengers on a single flight are found to be infected, or if at least three people arriving on two consecutive flights test positive. According to a report in the South China Morning Post, the ban was triggered when British Airways did not properly check one traveler’s documents before departure in London.

As the United Kingdom has long been a preferred destination for Hong Kongers studying overseas, the current flight suspension disrupts the plans of many students looking to return home for the holidays. Affected passengers are being given the choice to fly another airline (conveniently, Cathay Pacific and BA are both founding members of the Oneworld alliance), reschedule the trip to a later date, or request a full refund. British Airways’ flights from Hong Kong to London have been unaffected and continue to operate as normal.

KLM Royal Dutch Airlines became the first carrier to be penalized under the new rule, with all services from Amsterdam to Hong Kong between December 4 and 17 suspended after health authorities said one of its passengers “could not comply with the requirements specified.” Emirates was also slapped with a two-week ban after two consecutive services from Dubai via Bangkok were found to have carried multiple infected travelers.

Malaysia-based travelers can now redeem a return ticket to any of the carrier’s 16 domestic destin...