Inaugural services to Australia and Germany are scheduled this month, with U.K. flights following in March. 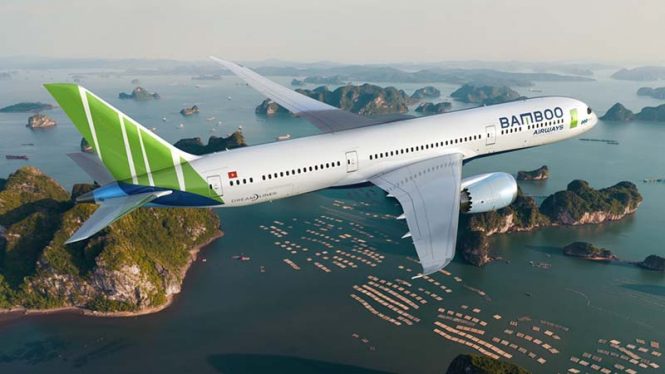 Fast-growing Vietnamese leisure airline Bamboo Airways is expanding to Europe for the very first time on February 25, thanks to the debut of twice-weekly flights from Hanoi to Frankfurt using Boeing 787-9 aircraft. The full-service carrier also hopes to launch services between Ho Chi Minh City and Frankfurt in the near future, and is currently eyeing potential routes from Vietnam to Berlin and Munich.

This puts Bamboo Airways in direct competition with Vietnam Airlines, the only other carrier that offers nonstop flights between Vietnam and Germany. Services on its Hanoi–Frankfurt route resumed last week, and from February 8, Vietnam Airlines will operate weekly flights to London Heathrow and Paris Charles de Gaulle via Frankfurt. Hanoi-bound travelers can expect a nonstop journey on the return from both the French and British capitals.

January 25 saw Bamboo Airways make its first foray into Japan, with Airbus A321neo aircraft flying from Hanoi to Tokyo Narita on a weekly basis. Frequencies will be ramped up to twice a week from February 10. Bamboo Airways is the fifth carrier to serve the route, after All Nippon Airways, Japan Airlines, Vietjet, and Vietnam Airlines.

Meanwhile, reservations have already opened for nonstop flights to Australia and the United Kingdom. February 19 will mark the debut of the carrier’s first scheduled services Down Under, with passengers flown twice a week between Ho Chi Minh City and Melbourne aboard a Boeing 787-9 Dreamliner. Regular services from Hanoi to Melbourne are said to be in the pipeline although Bamboo Airways has not yet confirmed a start date. Then on March 22, the airline will launch nonstop flights from Hanoi to London Heathrow, with the planned frequency being two roundtrips per week.