Myanmar airspace is a hot commodity in the airline world with more and more regional carriers fighting to open routes to the once hermit nation. AirAsia has aggressively expanded its presence in Myanmar with flights to Mandalay, Naypyidaw, and Yangon. Thai carriers Thai Smile and Thai Airways International also fly to Myanmar.

Bangkok Airways announced an additional route from Bangkok to Naypyidaw has been slated to start September 30 serviced by an ATR72, pending government approval. On the heels of the announcement, it will also increase the frequency of its Bangkok to Mandalay route from October 27 onwards with an Airbus A320 and ATR72 plane. The Mandalay service will increase from four times a week to daily operation.

Bangkok Airways has also been flying to Yangon since 2004 and is now the only Thai airline that serves the three largest hubs of Myanmar. The return flight to Mandalay will start from US$120 as a promotional fare until November 30. 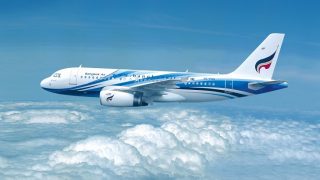 With Koh Samui welcoming fully vaccinated travelers from around the world, the airline now flies thr...