An icon of Britain’s industrial heritage has been given a new life as a retail and leisure destination. 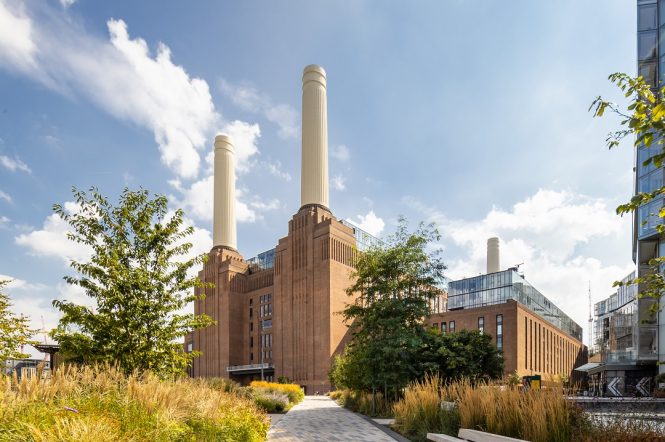 Looming large on the south bank of the River Thames ever since it began supplying the British capital with electricity in the 1930s, Battersea Power Station is as iconic to Londoners as Westminster Abbey or Tower Bridge. It is said that during World War II, German bombers left it alone because the white plumes of smoke that belched from its 101-meter-high chimneys helped them navigate on foggy days. A decade later the coal-fired plant was expanded, adding a cavernous boiler house so large that it could fit St. Paul’s Cathedral inside.

Eventually, in the mid-1980s, Battersea was decommissioned. And there it stood as the powers that be dithered, a striking landmark to some, a decaying postindustrial eyesore to others, used only for magazine shoots and as a filming location for gritty movies like The Dark Knight and Children of Men.

Ten years ago, Malaysian investors bought the 17-hectare site and began its redevelopment. The multibillion-dollar result was uncovered in October when the station and its surrounding area reopened with over 100 stores as well as cafés, restaurants, an art-house cinema and ice rink, a tube station (Leicester Square in 10 minutes), apartments, and offices: Apple is taking over six floors in a space designed by Sir Norman Foster. 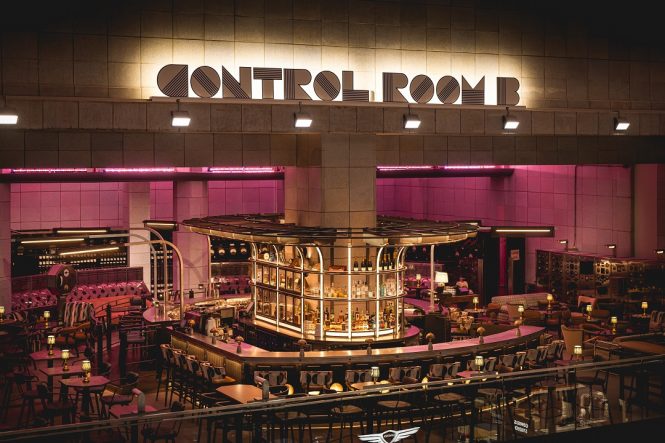 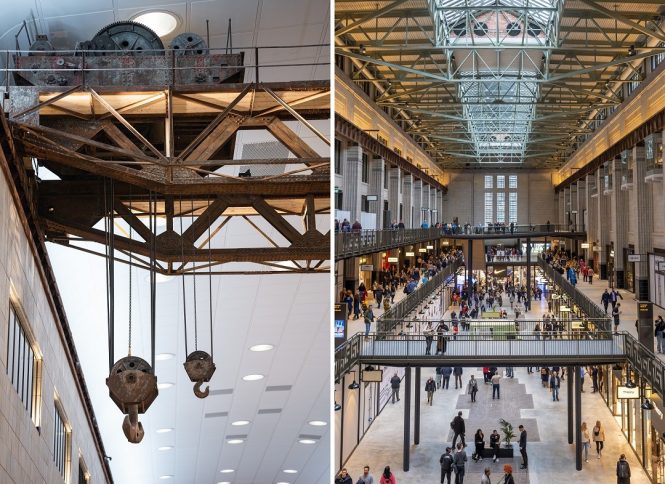 The sheer size of the old building has a stunning impact up close. Much of its original heritage — art-deco tiling, steel beams — has been reconditioned, with brickwork on the floor showing where the 1930s power turbines were located. Visitors will also have the opportunity to take a glass elevator to the top of one of the rebuilt chimneys for 360-degree views of the city skyline.

Next door is a 164-bedroom Art’otel with a rooftop pool and restaurant, Joia, set up by Portuguese chef Henrique Sá Pessoa, owner of two-Michelin-starred Alma in Lisbon. And this coming spring will see the debut of Arcade, a 2,200-square-meter food court in the former boiler house that will offer everything from Nepali street food to Nashville-style hot chicken.

Even normally world-weary Londoners have been won over by the redevelopment, with more than 250,000 people visiting on Battersea’s opening weekend alone. 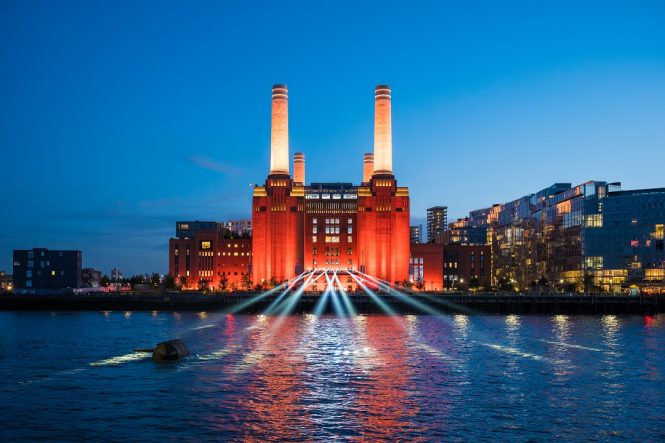 This article originally appeared in the December 2022/February 2023 print issue of DestinAsian magazine (“Flipping the Switch”). 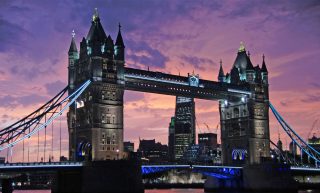 8 Enchanting Cities to Visit in the United Kingdom 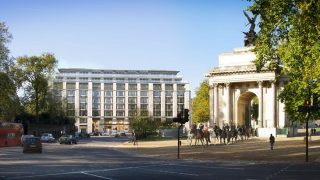 On Our Radar: The Peninsula London

A short stroll from Buckingham Palace, the hotel is the culmination of a three-decade quest to find ...