A country-wide overhaul of public transport vehicles paves the way for the departure of the Philippines’ beloved jeepney. The government plans to phase out the iconic jeepney in favor of eco-friendly buses.

Instantly recognizable by their anachronistic bodywork and flamboyant paint jobs, jeepneys are widely seen as a cultural icon of the Philippines. But their days may well be numbered. In a bid to modernize public transport across the country, the government plans to phase out the iconic jeepney in favor of eco-friendly buses.

Jeepneys encapsulate the Filipino talent for do-it-yourself innovation. Originally derived from surplus U.S. army jeeps left behind after World War II, the vehicles are made in neighborhood garages and local factories using second-hand diesel engines from Japan and custom-made parts. They typically accommodate up to 16 passengers who must clamber in via an open back and sit shoulder-to-shoulder on two parallel benches. Jeepneys might lack air conditioning, glass windows, and safety features like seatbelts, but millions of Filipinos depend on them to get around on a day-to-day basis.

These days, the Philippine government sees upgrading the jeepney as an important move to reduce the traffic congestion afflicting urban areas. Users of the GPS-based navigation app Waze twice voted Metro Manila the world’s worst city to drive in, while Cebu, 570 kilometers to the southeast, topped the list in 2016. Roads clogged with diesel-burning vehicles also present a major health issue, with the Philippines now choking on the world’s third highest rate of air pollution-related deaths. Smoke-belching jeepneys have taken much of the blame; the government plans to outlaw those over 15 years old by August 2020.

That move has angered the country’s 180,000 jeepney drivers, who face an uncertain future. Authorities claim that higher capacity and lower fuel consumption of the new hybrid-electric vehicles will boost their salaries. But first, operators must fork up the money for the replacement buses, which are sold for up to 10 times the price of a conventional jeepney. Government subsidies only cover a small fraction of that cost. “The new vehicles cost a million pesos [US$19,000] and up,” says Eduardo Sarao of Sarao Motors, one of the oldest jeepney manufacturers in the country. “It’s hard to market them… small operators demand a cheaper version, but green technology is expensive. We’re hoping the government will soften and revise their requirements.”

Also threatened is an entire subculture of jeepney artists. From the hundreds who used to work in the capital, there are now fewer than a dozen, who supplement their income by painting shop signs and windows. They argue that the demise of jeepney art represents more than a loss of income—it is a loss for Filipino folk culture. Most of the new vehicles have the look of a conventional bus, with air-conditioning, sliding doors, and, in some cases, Wi-Fi.

Public attitudes toward the design are mixed. “It’s environmentally friendly, but I wish they maintained the ‘jeep’ look,” says regular commuter Dara Coloso. Sarao agrees. “For the public to adapt… it will take time. I’m hoping for a gradual transition, and I’m also hoping that the traditional jeepney—of course, with a new engine—will still be around.”

This article originally appeared in the August/September 2019 print issue of DestinAsian magazine (“End Of The Road”). 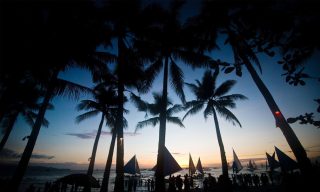 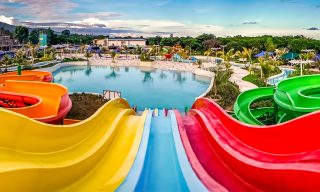 The five-hectare tropical resort is nestled in the capital of the Philippines’ Palawan Island, Pue... 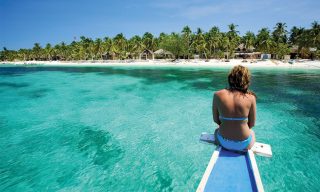