Come September, Hong Kong will welcome the work of celebrity chef Gordon Ramsay into its culinary scene, as the Scottish chef opens his newest restaurant, Bread Street Kitchen Hong Kong. The original Bread Street Kitchen opened in London in 2011 down the road from St. Paul’s Cathedral, a vast modern brasserie serving punchy twists on comfort food (think saltwater prawns on toast with crab mayonnaise and slow-roasted pork belly with spiced applesauce). At the time, the ambitious restaurant debuted to mixed reviews, but it has since matured and established itself as a London fixture, making its entry in Hong Kong’s restaurant-heavy Lan Kwai Fong district a much buzzed-about venture. Ramsay is a fixture on the international food scene with 24 restaurants (and seven Michelin stars) worldwide, not to mention the fact his TV personality—showcased on food shows including Hell’s Kitchen, Masterchef, and Kitchen Nightmares. However, this will be his first Bread Street restaurant in Asia, where he would like to expand his empire further. Like in London, the restaurant will have a casual yet contemporary ambiance, set in a warehouse with seating for 90 as well as 30 more at the bar. Food will take some pointers from regional and Australian cuisine, and signature dishes from the London menu transplanted in the city will also showcase artisanal ingredients imported from England. 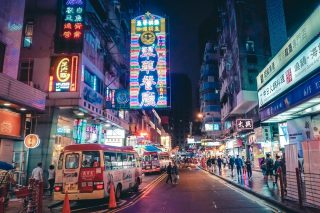 The latest relaxation of coronavirus restrictions in the territory comes as a third wave appears to ...