The service will go double daily from late October, with the extra flights initially operated aboard Boeing 777s. 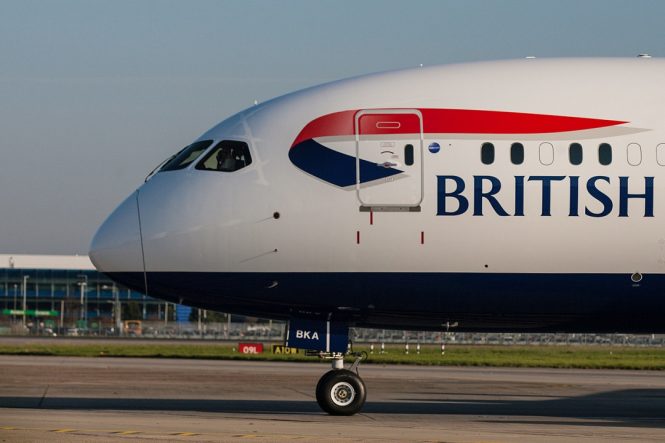 British Airways has confirmed that the winter 2022/23 season will see passenger seat capacity reach pre-pandemic levels on its most popular Southeast Asian route. Starting on October 30, Flight BA11 is set to depart Heathrow at 6:50 p.m. and touch down at Changi at 3:55 the next day after 13 and a half hours in the air. BA12 will then leave Singapore at 11:15 p.m. and arrive at Heathrow at 5:25 a.m. the following morning; the estimated journey time is 13 hours 55 minutes on the return.

BA says it will be deploying Boeing 777-300 aircraft for the first few days, though that will change to a Boeing 787-9 Dreamliners in early November, bringing it in line with the carrier’s existing daily services to and from Singapore. Flight BA15 is scheduled to leave Heathrow at 9:35 p.m. to arrive in Singapore at 6:45 p.m. the next day. Westbound service BA16 takes off from Changi at 11:05 p.m., before landing in the British capital at 5:15 a.m. the following morning.

The extra flights to Singapore will begin just after Heathrow ends its controversial cap of 100,000 departing passengers per day, which was introduced in tandem with a limit of between 1,100–1,200 aircraft movements per month. Coupled with soaring demand for travel over the summer period, the ongoing shortage of airport workers due to recruitment problems and Covid-induced sick leave has caused chaos at the U.K.’s busiest airport.

According to its latest flight schedules, Singapore Airlines currently flies the route four times a day, with one morning departure from Changi, another at midday, and two red-eye services. Its budget subsidiary Scoot has temporarily pulled its flights to London Gatwick via Bangkok Suvarnabhumi; no tickets are available for the foreseeable future. Elsewhere in Southeast Asia, the suspension of BA’s Heathrow–Bangkok service, which was originally meant to restart in late October, has now been extended until at least March 2023.