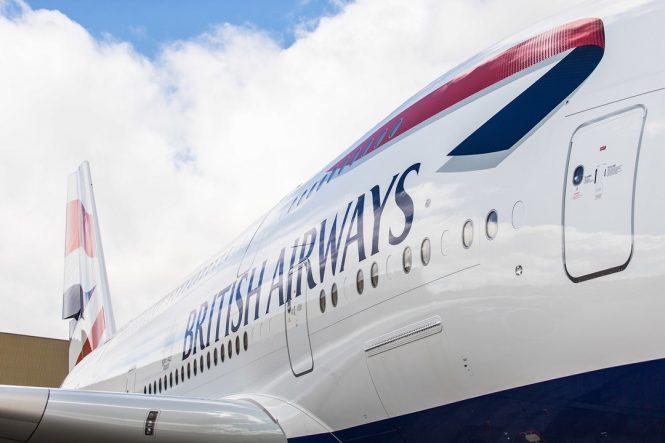 Fans of the double-decker Airbus A380 can look forward to seeing more of them in the skies starting next month. Several belonging to British Airways will rejoin the airline’s fleet earlier than expected, as US borders reopen in November. These will initially operate from London Heathrow to Los Angeles and Miami, before flying to Dubai in December, providing direct competition to Emirates’ superjumbos on the same route.

British Airways is set to operate its biggest schedule since March 2020, with additional services to cities around the world, including the United States. Across its network in Canada and the U.S., the carrier will be ramping up frequencies to destinations including New York, which will initially go up to five a day, followed by eight in December. The airline will also be operating double-daily services to Boston, Chicago, Dallas, Los Angeles, Miami, San Francisco, Toronto, and Washington, as well as daily services to Atlanta, Denver, Houston, Philadelphia, Phoenix, Seattle, and Vancouver.

Now that countries such as Brazil, Mexico, and South Africa are being taken off the U.K. government’s “red list”, British Airways says it will roll out daily services to Johannesburg by mid-December. The airline is also returning to Cape Town with three flights a week in November, before moving to a double-daily service the next month.

Across the Atlantic, the airline’s services to Mexico City will also be increasing to five services a week from November 6, and Cancun flights will resume from October 22 and operate daily. Elsewhere, South American destinations Sao Paulo and Buenos Aires are set to return in time for Christmas. Meanwhile, British Airways is extending its Caribbean program with 12 services a week to Barbados and nine each to Antigua and St. Lucia, which will be split across Heathrow and Gatwick airports.

Similarly, flights to the Maldives and Mauritius will also be increasing to 10 and six per week over the Christmas period. As for destinations farther east, BA will maintain daily flights to Bangalore, Delhi, Hong Kong, Mumbai, and Tokyo Haneda, four-times weekly services to Hyderabad and Singapore, and thrice-weekly flights to Chennai. It isn’t clear when the airline will return to Bangkok, while services to Beijing, Shanghai, and Sydney have also been suspended indefinitely.