A newly launched FundRazr page allows donors to sponsor continued ranger patrols to protect the rain forest of the Cardamom Mountains and its keystone species. 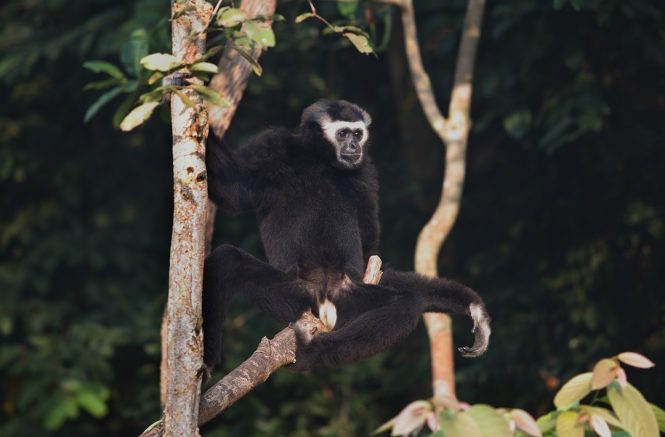 Despite the stories of nature rebounding as much of the world’s human population stays home during the Covid-19 pandemic—with sea turtles returning to now-empty beaches and coral reefs showing signs of regrowth around the southern Thai islands—things aren’t looking so rosy for wildlife in southwestern Cambodia. The international travel shutdown is having an adverse effect on local conservation efforts, as national park rangers wholly dependent on eco-tourism for their incomes, food, and equipment may be forced to suspend their regular patrols due to a lack of funding.

Jointly financed by the Thailand-based Golden Triangle Asian Elephant Foundation and Cardamom Tented Camp—a Cambodian ecolodge that protects 18,000 hectares of pristine rain forest—the ranger patrols in Botum Sakor National Park are an important first line of defense against illegal land clearing and logging, as well as poachers. The 14 local rangers remove snares meant for trapping gibbons, deer, and wild cats, while clearing nets to capture the critically endangered pangolin, the most trafficked animal in the world.

Cardamom Tented Camp’s manager, Allan Michaud, said in a statement, “Prior to the Covid-19 shutdown, illegal hunting in Botum Sakor National Park had declined by around 90 percent over the last five or so years. That is now at risk. The sooner we secure income for the ranger patrols the better the survival chances of wildlife and habitat,” he said. 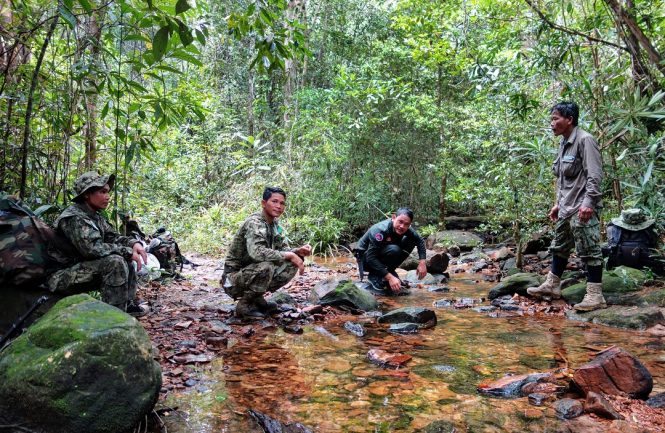 With Cambodia banning the entry of all foreign visitors for the foreseeable future, the lack of eco-tourism revenue will eventually leave the forest unprotected. The last guest at Cardamom Tented Camp checked out on March 30, leaving the forest rangers reliant on reserves from the Golden Triangle Asian Elephant Foundation, itself a tourism-funded organization. But given Thailand’s ongoing border closures, that may run out as soon as the end of this month. In response, the charity has launched an emergency page on crowdfunding platform FundRazr to ensure that patrols can continue in Botum Sakor until tourism returns to Cambodia.

Any donation large or small is welcome, with all funds guaranteed to supply the rangers’ income, food, and equipment. The FundRazr page says our collective efforts can “prevent the next pandemic before it starts,” referring to a recent scientific study that suggested pangolins may have been the intermediate host for Covid-19 before it made the fateful leap to humans.

As a bonus, Cardamom Tented Camp will offer donors who give US$200 or more a free night on top of a two-night stay. Vouchers for the free night are valid until February 2022 and are transferable. 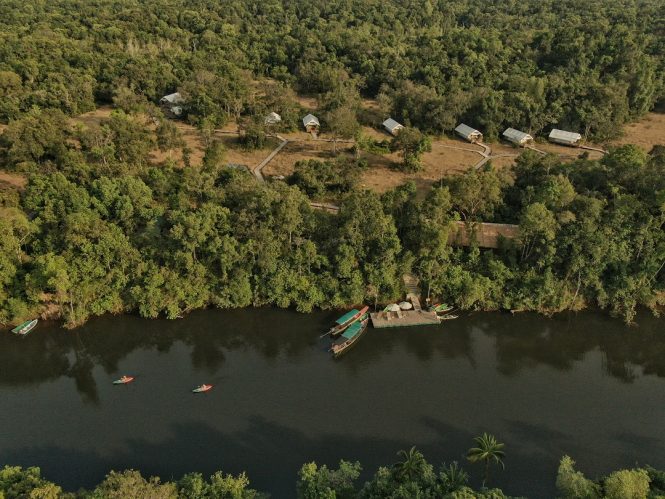 An aerial view of the camp and the Prek Tachan river. (Photo: Cardamom Tented Camp)

Hong Kong is Restricting Travel from These 60 Countries

Singapore, South Korea, and Chile are among the latest additions to the city’s list of high-risk p...