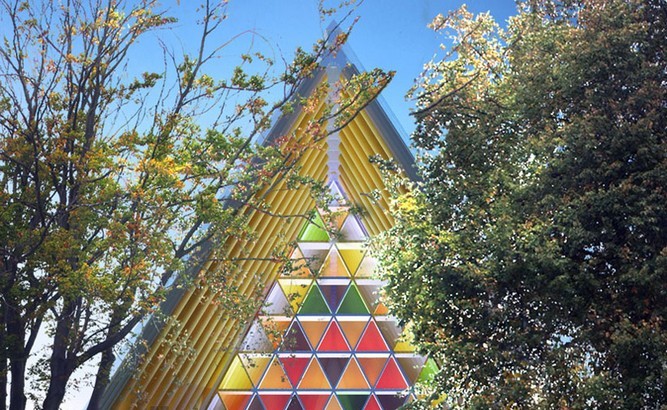 Japanese architect Shigeru Ban has broken ground on a new cathedral in Christchurch, New Zealand, after the original was written off by the February 2011 earthquake.

The former 19th-century cathedral, cast in local basalt, was damaged beyond repair after its spire collapsed and the main structure sustained significant damage in the 6.3-magnitude tremor, which claimed the lives of 185 people. Bishop Victoria Matthews made the (not universally popular) decision to start from scratch and a new site was agreed on—a few blocks from the Gothic Revival original on the corner of Hereford and Madras Street.

Shigeru Ban began working on the “transitional cathedral” just two months after the earthquake, offering his services pro bono. The structure will be an A-frame constructed from 86 cardboard tubes, each measuring 17 meters, designed to meet earthquake and fire codes—the tubes will be coated with a flame retardant and will be sprayed with polyurethane for waterproofing. On completion, the cathedral will have space for 700 worshipers.

Although the new cathedral is designed to be temporary—church authorities have mooted 10 years while a permanent replacement is put up—the frontage looks set to linger long in the memory of Cantabrians: a six-story stained glass window will complete the front wall, each of its triangular panes imbuing the surroundings with color.

“People are not killed by earthquakes, they’re killed by collapsing buildings,’ Shigeru Ban says. “That’s the responsibility of architects but the architects are not there when people need some temporary structure because we’re too busy working for [the] privileged.”

Construction of the cathedral is due to be completed in April. 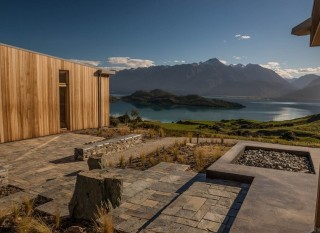 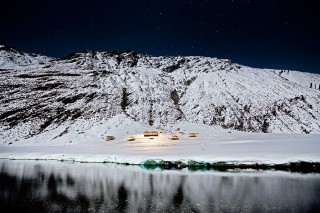 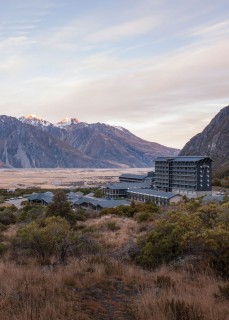 From the picturesque harbor of Akaroa to the Tolkienesque mountainscapes of the Southern Alps, New Z... 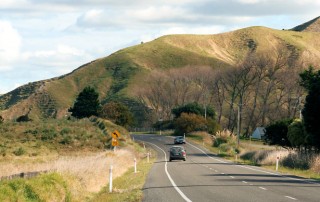 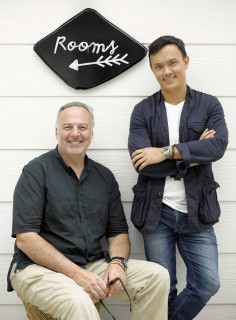