Hong Kong’s Civil Aviation Department has banned the carrier’s services on the route until October 3. 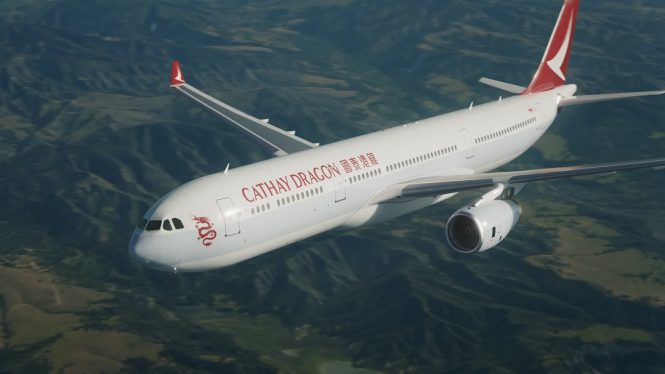 Yesterday, Cathay Dragon announced that its thrice-weekly services between Hong Kong and Malaysia’s capital would be immediately halted for two weeks following revelations from health authorities that five passengers on the same Cathay Dragon flight from Kuala Lumpur, which touched down last Friday, were confirmed to have Covid-19.

All were connecting passengers traveling from India via an Air India Express flight, and had been carrying proof of negative results from nucleic acid tests done 72 hours before departure. Under rules issued by the Hong Kong government back in July, anyone who has visited or transited through certain high-risk countries in the previous 14 days must produce a medical certificate showing they are free of the virus. The current list includes Bangladesh, Ethiopia, India, Indonesia, Kazakhstan, Nepal, Pakistan, the Philippines, South Africa, and the United States.

In a statement, Cathay Dragon said the concerned aircraft been sent for deep cleaning, and added that the airline was “following the health authorities’ prescribed procedures in assisting their efforts in tracing people who were in close contact with the index passengers.”

Hong Kong has also temporarily banned Air India flights for the same two-week period, and the news came after the territory’s Center for Health Protection announced that seven of the 19 imported cases yesterday were travelers who had recently arrived from India.

While Hong Kong is getting its third wave under control—with the government easing social distancing measures on a weekly basis—India has overtaken Brazil to become the second-worst affected country in terms of the total number of coronavirus infections. More than 90,000 newly confirmed infections are being recorded per day, and so far, 5.4 million people in India have tested positive for the virus.