The major airports are among seven destinations being dropped from the airline’s global network. 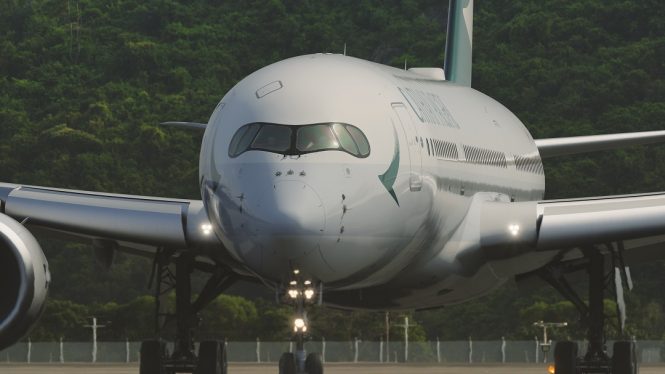 With no domestic market to fall back on, airlines based out of Singapore and Hong Kong are particularly vulnerable to the effects of the ongoing Covid-19 pandemic. For Cathay Pacific, laying off nearly 20 percent of its global workforce—with remaining pilots and cabin crew members given substantial pay cuts—and the closure of regional subsidiary Cathay Dragon may not be enough. Hong Kong’s flag carrier has now decided to cut seven unprofitable routes, mostly long-haul services to North America and Europe.

According to the South China Morning Post, whose reporters spoke to airline employees and viewed an internal memo, Cathay is axing flights to Brussels and London Gatwick. Similarly, the Hong Kong–Dublin route will not be making a comeback after its suspension last year. Three routes to the United States are also being terminated: Washington, D.C. (Dulles), Newark, and Seattle, which was launched only last April. Cathay Pacific will still serve London and New York via regular flights to Heathrow and JFK.

Another casualty is the nonstop route between Hong Kong and Male’s Velana International Airport. This means that Hong Kong–based travelers who book future holidays in the Maldives will have to transit in cities like Bangkok, where there are typically flights from both Suvarnabhumi and Don Mueang.

While the South China Morning Post said the airline was open to the possibility of reinstating some of those routes at a later date, when global travel rebounds to pre-pandemic levels, the likelihood is that any resumption will not happen for some time to come. “We expect to operate well under 25 percent of 2019 passenger capacity in the first half of 2021 and below 50 percent for the entire year,” a Cathay spokesperson told the paper. “After careful consideration, we believe it is unlikely we will operate flight services to these destinations in the near future. We remain in a very dynamic situation and we will continue to review our flight network,” she added.