But the airline only has permission to run outbound services due to an ongoing ban on travelers from the U.K. 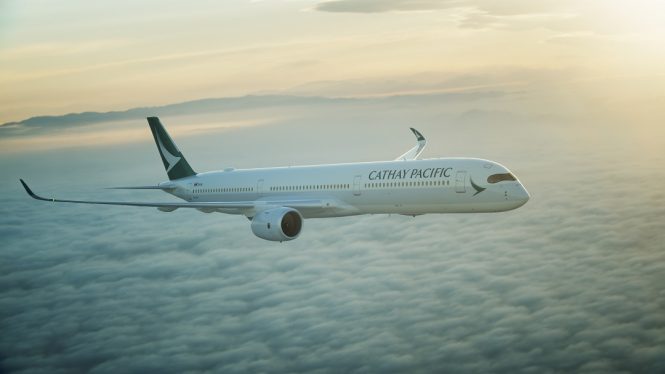 Hong Kong’s flag carrier plans to restore services on one of its most important long-haul routes, to London Heathrow, next Tuesday. According to a statement released by the airline, Flight CX251 to London will operate on January 12, 14, 15, 17, 18, 21, and 24 “to assist customers needing to travel to the United Kingdom.” No seats are available on the return leg as all flights departing from Britain to Hong Kong remain suspended until the 25th. Cathay also said a one-way flight to Manchester originally scheduled for January 15 has been cancelled.

On December 21 last year, Hong Kong became the first Asian jurisdiction to impose a total ban on flights from the U.K. due to the emergence of a more contagious variant of Covid-19, which was found to be circulating in London and southeast England. While countries such as Singapore have kept their borders open to returning citizens and long-term residents, all travelers, regardless of residency status, are barred from entering Hong Kong if they have spent more than two hours in Britain at any point during the preceding two weeks.

As part of its flexible booking policy, Cathay Pacific is offering passengers the choice to request a full refund, make free and unlimited changes to their tickets up to December 31, 2021, or exchange them for Cathay Credits to be used at a later date. The carrier recently introduced complimentary Covid-19 insurance for all customers traveling on flights through February this year.