The company is also planning to lay off nearly 6,000 employees, or 18 percent of its global workforce. 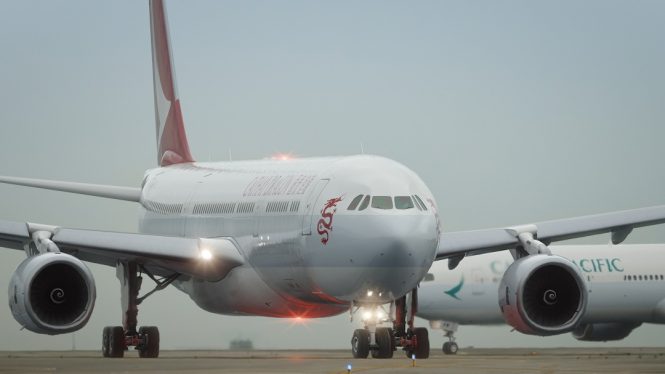 With passenger numbers dropping 99 percent since the start of the Covid-19 pandemic—contributing to a record net loss of HK$9.87 billion (US$1.27 billion) in the first half of this year—Hong Kong’s flag carrier is now struggling to stay afloat. Yesterday, the South China Morning Post broke the news that the Cathay Pacific Group was closing its regional subsidiary Cathay Dragon and also making significant job cuts worldwide.

The company has confirmed this morning that Cathay Dragon will be ceasing all operations with immediate effect. It now plans to seek regulatory approval for most of those routes to be taken over by Cathay Pacific or low-cost carrier HK Express. As of yesterday, Cathay Dragon was only flying to a handful of cities in mainland China, including Beijing, Shanghai, Guangzhou, and Xiamen.

Cathay Pacific will need to undertake large-scale restructuring to ensure its survival. As many as 5,300 employees based in Hong Kong and 600 overseas staff members will be laid off over the coming weeks. It is also understood that pilots and cabin crew in Hong Kong who are staying on will be asked to sign new cost-saving contracts, while the ongoing unpaid leave scheme for non-flying employees is being extended to cover the first half of 2021. The potential collapse of the airline was prevented in June with a HK$39 billion (US$5 billion) bailout, 70 percent of which came from the Hong Kong government. Earlier this week, Cathay Pacific said it would operate less than half of its pre-pandemic flight capacity next year in anticipation of the aviation sector’s slow recovery from this crisis.