The airline is opting for a three-pronged approach that involves carbon offsetting, emission reductions, and the use of Sustainable Aviation Fuel. 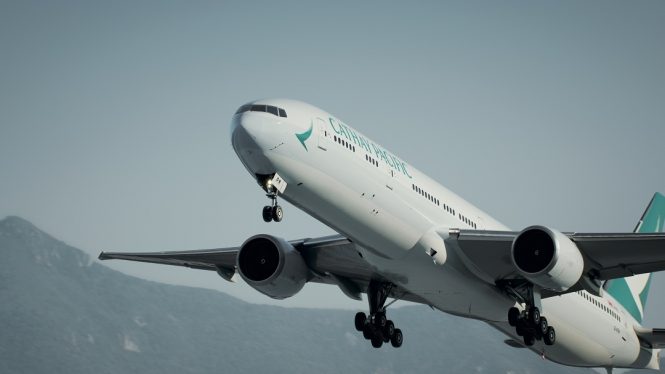 Ahead of releasing its Sustainable Development Report 2020, the Cathay Pacific Group has announced its commitment to achieve net-zero carbon emissions by the middle of this century. Hong Kong’s flag carrier claims it is one of the first airlines in Asia to establish a timeline for making carbon neutrality a reality.

Cathay’s Chief Executive Officer Augustus Tang said in a statement, “The unprecedented pandemic has shaken the world and showed us that ‘business as usual’ is not an option when dealing with an imminent global risk. Climate change, potentially a much more disruptive crisis, calls for ramped-up efforts.”

Tang added, “Our net-zero pledge aligns with the requirements laid out in the UN’s Intergovernmental Panel on Climate Change and the Paris Agreement, and provides the focus we need in aligning our strategy — from fleet planning and carbon offsetting to further investment in Sustainable Aviation Fuel and the development of new technologies.”

Cathay Pacific is concentrating its efforts to go zero-carbon on three key focus areas. Firstly, the company is investing in Sustainable Aviation Fuel (SAF) and increasing its use, with the aim of making it viable for mainstream adoption. Studies have shown that SAF, which is made from everyday household waste, can reduce lifecycle carbon emissions by up to 80 percent compared to traditional jet fuel.

The company has also been offsetting its carbon emissions through the Fly Greener program. This allows passengers to buy offsets based on the CO2 emissions generated from their flight, with contributions going directly to accredited third-party projects. All the emissions from Cathay employees’ business trips have been offset since the launch of the program in 2007, and on the whole, Fly Greener has successfully offset more than 300,000 tonnes of carbon emissions so far.

Cathay is also working to reduce aircraft emissions, such as by upgrading to a new fuel-efficient fleet and reducing engine use on the ground. The Hong Kong flag carrier has committed to cutting its ground emissions by 32 percent from the 2018 baseline before the end of 2030.