Hong Kong’s flag carrier remains wary of the threat of a two-week suspension on any given route. 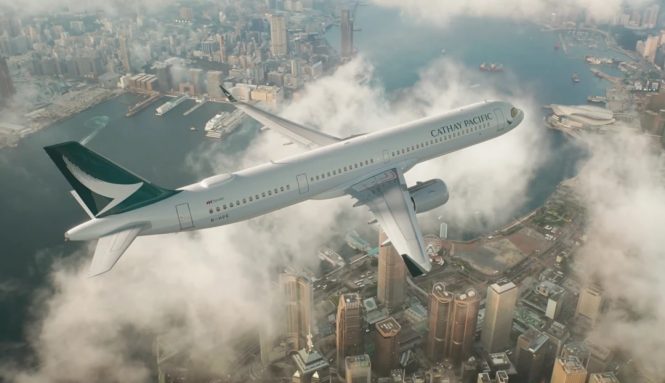 Though April will see the resumption of passenger flights to Hong Kong from nine countries including Australia, Canada, the United Kingdom, and the United States, Cathay Pacific is taking a cautious approach in restarting its traditionally popular long-haul services. This comes despite high demand and sufficient manpower to operate up to five weekly flights on the most popular routes.

Yesterday, a spokesperson from the airline said one local regulation posed a major challenge when it came to adding more flights: “Due to the possibility of the Hong Kong SAR Government’s 14-day flight-specific suspension mechanism being enacted, and in order to avoid any unplanned disruptions to our customers that would affect their quarantine hotel and other travel arrangements, we are only able to schedule one flight per route every 14 days.”

Under current rules, a two-week flight suspension for an airline on a specific route will be triggered once three or more passengers on the same plane test positive on arrival, or when at least four Covid-infected travelers land within a seven-day period. As Hong Kong’s fifth wave begins to ease, there are growing calls from local infectious disease experts to either relax or cancel the flight suspension mechanism altogether.

Hong Kong residents stranded abroad have been snapping up the limited number of seats since tickets started going on sale this week. Only three flights from the U.K. are scheduled this April — two from Manchester and one from London Heathrow — and Cathay’s services from London have been fully booked until the end of May. The airline is also due to resume operations on the Hong Kong–Paris route on May 1 at the same frequency. This April, only four Cathay flights are set to take off from Australia, with two each from Melbourne and Sydney. Over in the U.S., twice-monthly services are scheduled to depart Los Angeles, New York, and San Francisco next month, while a total of four flights will be flown from the Canadian cities of Toronto and Vancouver.