The American health protection agency has also advised returning passengers to get tested and self-isolate for at least a week. 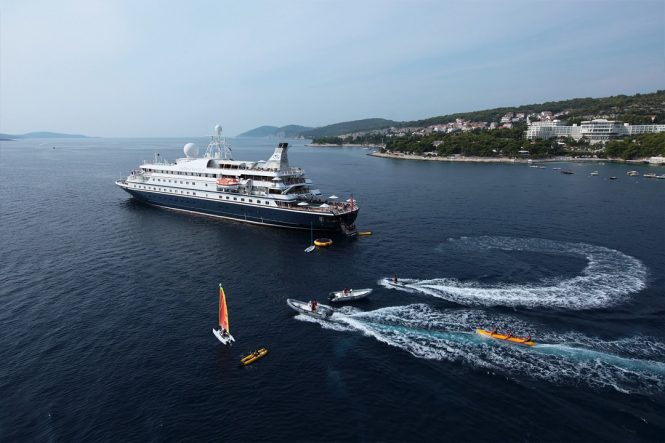 Less than a month after lifting its ban on cruise ships operating in and out of American ports, the U.S. Centers for Disease Control (CDC) has since raised the risk classification for cruises to “Level 4: Very High Level of Covid-19.” The public health institute is now recommending that “all people avoid travel on cruise ships, including river cruises, worldwide”; its updated advisory went on to note that “cruise passengers are at increased risk of person-to-person spread of infectious diseases, including Covid-19.”

The CDC is urging anyone returning from a cruise to be tested three to five days after the trip, and says passengers should also stay home for a full week even if the test yields a negative result. Those who do not get tested are advised to undergo 14 days of self-isolation.

Earlier this month, seven guests and two crew members were found to be infected on SeaDream 1, the first cruise ship to resume sailing in the Caribbean after itineraries were suspended in March. SeaDream Yacht Club said it had required “multiple negative PCR tests” before holidaymakers could board the vessel in Barbados. Travel writers who joined the cruise said there was no mask policy onboard; face coverings weren’t required in the belief that SeaDream 1 was a Covid-safe bubble. Passengers were also encouraged to fly in on the day of embarkation so they could be classified as travelers “in transit” and bypass Barbados’ two-week quarantine requirement. In a brief statement published yesterday, SeaDream announced that it was cancelling all remaining cruises for 2020.

Coronavirus outbreaks have also been reported on multiple European vessels during the past few months. In early August, dozens of passengers and crew aboard the expedition cruise ship MS Roald Amundsen, owned by the Norwegian company Hurtigruten, tested positive for the virus during a weeklong trip to Svalbard. Over in Germany, recent weeks saw 60 passengers infected during a folk-music themed voyage on the river cruise ship MS Swiss Crystal.

By contrast, Asian countries and operators are taking a far more cautious approach. Cruises have only resumed in destinations that have stamped out local transmission of the virus and ban all short-term overseas visitors. Genting Cruise Lines (GCL) has been running domestic island-hopping cruises for the Taiwanese market since the end of July, and Singapore residents can now embark on multi-day cruises out in international waters aboard GCL’s World Dream.