The biggest retailer in Thailand returns to its roots with the opening of a five-story lifestyle hub at its original location on Charoen Krung Road. 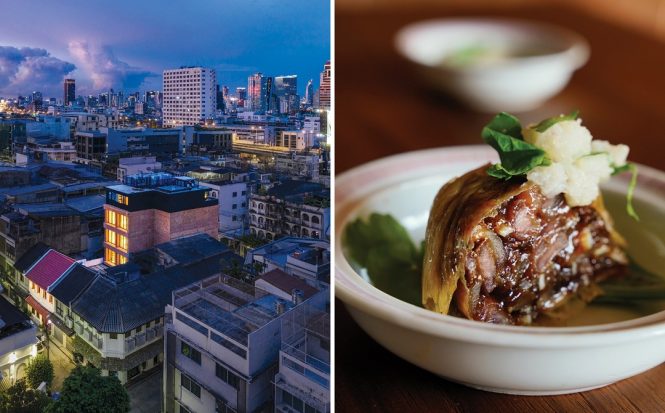 The revival of Charoen Krung Road, Bangkok’s oldest street, continues apace with the recent opening of a community space that pays tribute to the neighborhood’s enduring legacy. Called Central: The Original Store, it occupies the first piece of commercial real estate ever owned by father and son Tiang and Samrit Chirathivat, who purchased the shophouse in 1950 and thereby laid the groundwork for what would grow into Thailand’s largest retailer, the Central Group.

Barom Bhicharnchitr, the 36-year-old great-grandson of Tiang, spearheaded the project to create a hip gathering place for a new generation of Bangkokians. It also serves as an homage to the roots of the family business, which began here as a pioneering emporium of Western books, magazines, and other imported merchandise back when Charoen Krung was the city’s most cosmopolitan road.

Belgian architect Vincent Van Duysen was brought on board to completely transform the old building. He added three new stories (including a semi-outdoor rooftop) to the original two and clad the facade in handcrafted terracotta tiles that recall the original 1970s frontage of the group’s first full-scale department store, Central Chidlom. Large street-front glass panels pay tribute to the city’s first window displays, which the group introduced to Thailand. 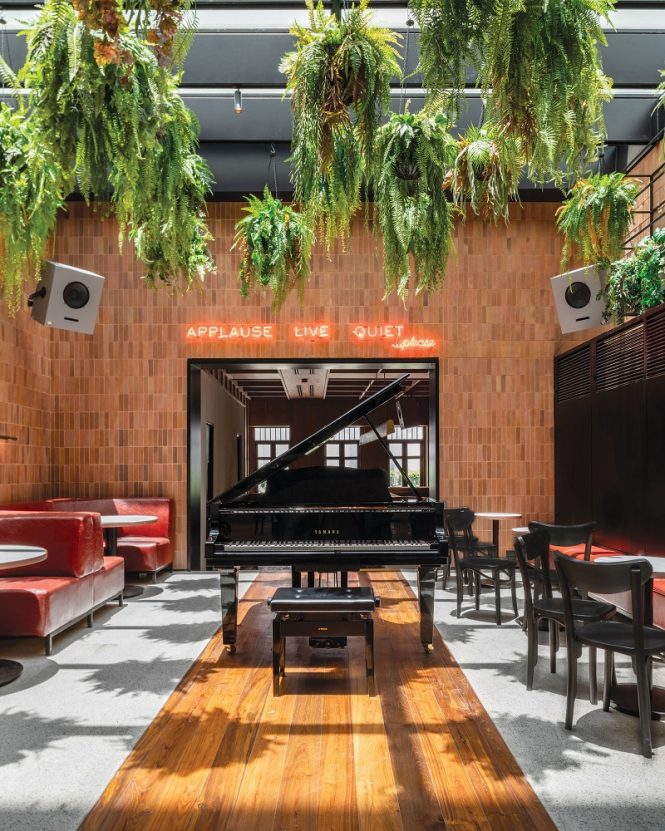 A glass-roofed courtyard morphs into the Siwilai Sound Club by night.

Inside, the terrazzo-floored ground level features a shop stocked with vintage magazines, lifestyle books about the era, and Central-themed souvenirs. A glass-roofed courtyard behind does double duty as a café and, come night, the piano-driven jazz room of the Siwilai Sound Club, which extends into an attached house whose top floor is home to the cozy vinyl bar Audiophile.

A sculpted concrete staircase connects the various levels of the main building. On the second floor, there’s a members-only library dedicated to retail-related literature, while up on the roof is Aksorn, which marks the return of chef David Thompson to Bangkok after his exit from his acclaimed Nahm restaurant in 2018. Designed by Kunichi Nomura of Tokyo-based studio Tripster, the airy, 40-seat space sets the stage for Thompson’s latest obsession: dishes inspired by near-forgotten Thai cookbooks from the 1940s to the ’70s. Current menu items include things like spiced pork galantine, citron-spiked red beef curry, and fermented bean curd relish with minced pork and prawns. Like the rest of the premises, they make old-school seem cool again.

First imposed on August 3, the broad restrictions will remain in place until at least the end of the...