Authorities are cautiously reopening the Chinese capital’s airports to passenger services from abroad. 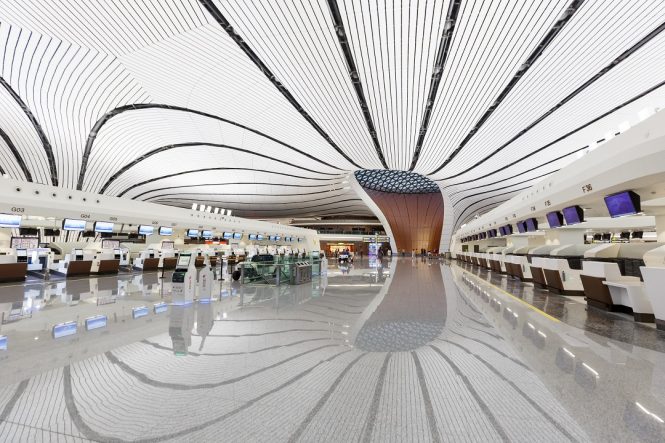 Inside the terminal of Beijing Daxing International Airport. (Photo: Boarding1Now/iStock)

The load factor on inbound flights will be strictly controlled, and all passengers must have tested negative for coronavirus no less than three days before departure. Air China Flight 746 landed earlier this morning from Phnom Penh, making it the first international flight to touch down in Beijing since March. In previous months of the pandemic, all Beijing-bound services from abroad were diverted to 12 other Chinese cities, where travelers were tested and quarantined before being allowed to carry on their journey to the capital.

The South China Morning Post reports that total overseas arrivals into Beijing will be capped at 1,000 passengers each day, though multiple news outlets quote around half that number for the initial trial period. Travelers will receive nucleic acid tests on arrival, and are required to self-isolate for 14 days in a centralized quarantine facility on the outskirts of the city. A spokesman for the Beijing municipal government said only Chinese nationals or citizens of the country where the flights originated would be eligible to board.

China’s aviation agency has added that flights with more than three passengers who test positive for the virus will be diverted to a neighboring city. International routes will be halted for a week should six to 10 cases be detected, and the suspension will last a month if more than 10 infections are reported on a single flight.