Centered on a massive sandstone citadel of towering ramparts and exquisitely carved havelis, Jaisalmer could well be India’s most beguiling fortress city, with the strange beauty of the surrounding desert only adding to its appeal.

The desert is in Jaisalmer’s bones—in buildings the color of golden sand with latticework jaali screens that shimmer like a mirage; in spice-laden curries prepared with buttermilk and wild legumes; in the dress and songs and sun-burnished faces of its people. An erstwhile stop for the caravans that once crossed the Indian state of Rajasthan, Jaisalmer is ancient, evocative, exotic, an oasis of brilliantly colored turbans and lissome ladies in gauzy veils and mirrored skirts, of caparisoned camels and sand-scoured bastions. For someone who grew up in the sultry coastal city of Chennai, it’s a desert fantasy come to life.

Set on the fringes of Rajasthan’s vast Thar Desert, Jaisalmer was founded in 1156 by the Bhatti Rajput ruler Rawal Jaisal, who gave the medieval city both its name and its remarkable citadel, Jaisalmer Fort. For centuries it sat here in near isolation, a week’s journey on camel from the nearest town, its nobles and merchants growing rich off the caravans that passed through carrying silk, spices, gold, and opium. Much of their wealth they poured back into the city itself, commissioning elaborate temples and havelis (mansions) hand-carved from the yellow sandstone that speaks to Jaisalmer’s nickname, the Golden City.

My base for exploring Jaisalmer and its surrounding wilderness is The Serai, a tented camp set amid scrubby desert terrain half an hour’s drive from the city. Inspired by the caravanserais of Rajput princes, it is—almost literally—an oasis of luxury, with 21 canvas-covered suites mounted on plinths of smooth sandstone and decorated with campaign-style furniture that can be taken apart and packed up when the camp shuts down for the hot summer months. On my first evening there, a butler bundles me into a safari jeep and we drive deeper into the desert, passing clusters of mud huts where turbaned men repose in the shade of ker trees. After a while, we stop to allow me to switch vehicles—to a camel regally outfitted with hot-pink pom-poms and a silken black harness. A young boy then leads me to the top of a lonely dune, where a spread of dates, nuts, cakes, and a glass of chilled white wine awaits. In the cooling desert air, I watch the orange orb of the sun dip below the horizon, turning the cloudless sky pink.

I quickly learn that it’s better to be an early riser in a desert city, as by the afternoon, the sun is too fierce, and the chance of a sandstorm is that much greater. Guiding me on my morning excursions through town is Kanhaiya Lal, a stout local historian dapperly dressed in a black waistcoat and white dhoti. Jaisalmer is essentially divided into two parts: the 12th-century Jaisalmer Fort, which crowns the 80-meter rise of Trikuta Hill; and the “new” town sprawling at its base, where merchant princes of a later era built their havelis. The largest and most ornate of these, Patwon ki Haveli, is our first stop. Begun in 1805, it’s a collection of five mansionsbuilt for the sons of a fabulously rich brocade merchant. Standing in an airy courtyard, Lal tells me that the entire complex took 50 years to complete, and it shows in the intricacy of the delicate stone grilles, lavishly embellished wooden ceilings, and hand-carved jharokha balconies, all 60 of them.

There aren’t quite as many jharokhas at Salim Singh ki Haveli, which we visit next. But this former home of a debauched dewan (prime minister) called Salim Singh Mehta is splendid nonetheless, a confection of filigreed stonework built in the early 19th century by the best craftsmen of the time. It’s a visual feast, with a projecting gallery on its upper floor and elaborate gateways carved with elephants. Lal says that Salim Singh had the temerity to build his original mansion taller than the palace of the maharaja, who in turn ordered the offending stories to be torn down.

Two minutes away at the Desert Cultural Centre and Museum, I get a better feel for those times amid a collection of old paintings and artifacts ranging from Rajput jewelry and costumes to coins and kitchen utensils and karal containers once used to mix opium. But the rest of the city below Jaisalmer Fort holds little attraction for me—too much dust, squalor, and litter. So I head to Trikuta Hill and enter the golden-yellow citadel through one of its four massive gates.

Built at the time of the city’s founding, Jaisalmer Fort is the second-oldest fort in Rajasthan and surely among its grandest. Also called the Sonar Quila (Golden Fort) because of the way its color changes from amber to gold as the sun moves across the sky, it has no less than 99 turrets defending its three layers of walls, which kept out centuries of invasions, including multiple sieges by Turks in the 13th century attempting to conquer the city and its wealth.

But after standing sentinel over the city for so long, its bastions and walls have begun to crumble. Its soft foundations are increasingly at risk thanks to the city’s leaky and overworked sewage system, and global climate change has brought increasing rainfall to the arid region, eroding the mud structures built atop the buildings to keep them cool. The Indian National Trust for Art and Cultural Heritage has undertaken initiatives to protect the fort, as its decay not only endangers a historic site but a residential one too: one of the most extraordinary things about the fort is that people still live here, making it one of India’s last “living forts.” It has about 2,000 inhabitants, with the rest of Jaisalmer’s population—nearly 70,000 people—residing outside its walls. 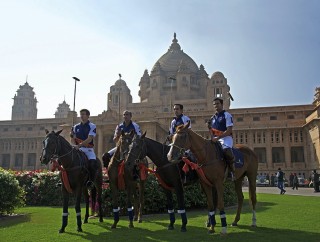 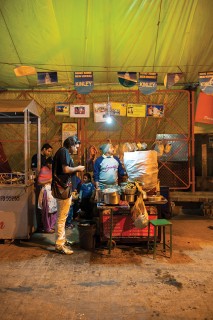 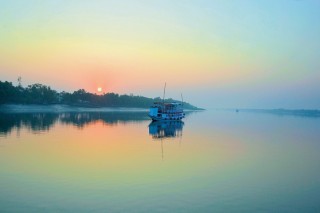