Flights scheduled up to end-April will be reduced, resulting in the grounding of around 138 SIA and SilkAir aircraft, out of a total fleet of 147. 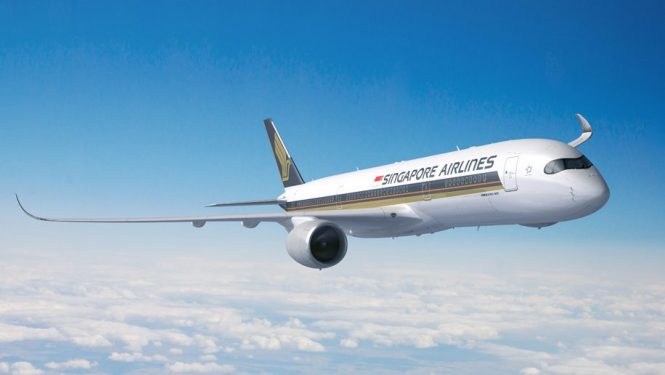 To minimize the coronavirus outbreak, Singapore‘s flag carrier has announced that it will cut 96 percent of its flight capacity in light of the tightened border controls around the globe.

Flights scheduled up to end-April will be reduced, resulting in the grounding of around 138 SIA and SilkAir aircraft, out of a total fleet of 147.

Meanwhile, its sister low-cost carrier Scoot will also suspend most of its network and ground 47 of its fleet of 49 aircraft.

SIA said that it is more vulnerable when international markets increasingly restrict the free movement of people or ban air travel because it does not have a domestic segment.

The airline said in a statement: “It is unclear when the SIA Group can begin to resume normal services, given the uncertainty as to when the stringent border controls will be lifted.”

“The resultant collapse in the demand for air travel has led to a significant decline in SIA’s passenger revenues,” it added.

According to an estimation by The Centre for Asia Pacific Aviation, about half of all global airlines could end up as casualties of Covid-19.

In order to contain the virus, many countries have already imposed travel restrictions for both its own citizens as well as foreign visitors.

To ensure its survivavility, SIA said that it is taking steps to reduce capital expenditure and operating costs. These include talks with airraft manufacturers to defer upcoming aircraft deliveries and possibly payment deferment.

In addition, the group’s management have also agreed to a salary cut. CEO Goh Choon Phong has said he has taken a 15 per cent salary cut.