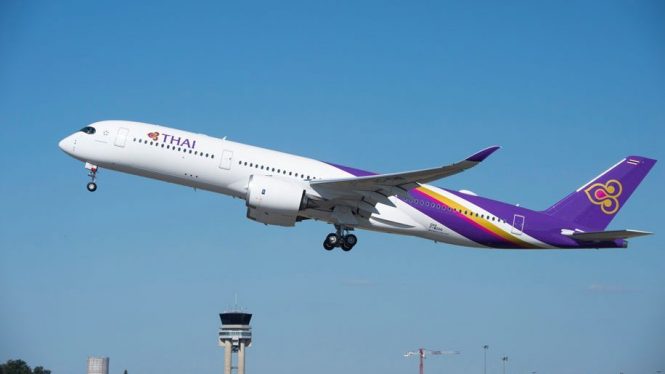 Meanwhile, its subsidiary THAI Smile will take over domestic flights to Chiang Mai, Phuket, and Krabi provinces. From Friday, THAI will suspend its flights to Brisbane, Sydney, Melbourne, and Perth.

Come April 1, the airline will stop most of its European flights to Europe, including London, Frankfurt, Paris, Brussels, Copenhagen, Oslo, Moscow, and Stockholm.

Travelers holding onto THAI and THAI Smile code-share flights air tickets issued before March 25 can convert unused tickets to travel vouchers. These vouchers will be valid for a year, sans fee and surcharges.

Eligible tickets are for travel from March 25 to May 31 this year on Asian routes, and from April 1 to May 31 for European, Australian, and New Zealand routes.

Royal Orchid Plus members with award tickets for travel from March 25 to May 31 can fully re-credit mileages or change the travel dates without any fee or charge. Their expired miles will also be extended until September 30.

In addition, THAI has now canceled all flights in the Asia-Pacific region (with the exception of Cambodia) starting from Wednesday and will suspend all European routes from April 1.

According to the THAI offices in Singapore and Vietnam, the flight cancellations look set to last until May 30.