Marvel Entertainment has confirmed that three new superhero-themed areas are coming to a few of Disney’s top parks. Brace yourselves, Marvel fans — Disneyland is about to take you on the wildest rides ever.

Come 2020, Disney California Adventure will be opening a Marvel-themed land showcasing the characters and stories from the blockbuster film franchise.

Taking over taking over the space currently occupied by a land inspired by Pixar’s A Bug’s Life, the land promises a new “completely immersive super hero universe”.

While details aren’t concrete yet, guests can expect to see Spider Man, Iron Man, and possibly other characters from The Avengers roaming the park.

What’s even more thrilling is that this announcement from Marvel Entertainment is only a small hint at the large-scale rollout of these superhero characters across Disney’s parks.

For instance, Disneyland Paris will be home to a Marvel-themed land of their own with attractions such as an Avengers roller coaster, while Hong Kong Disneyland will welcome attractions featuring Ant-Man and the Wasp.

Meanwhile, we can’t help but wonder when Black Panther will join in on the fun. 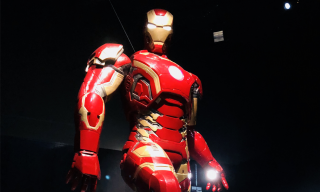 Marvel Studios: Ten Years of Heroes exhibition will run from June 9 to September 30 this year, showc...