The current ban will be lifted on May 25, but operable routes remain dependent on permission from individual state governments. 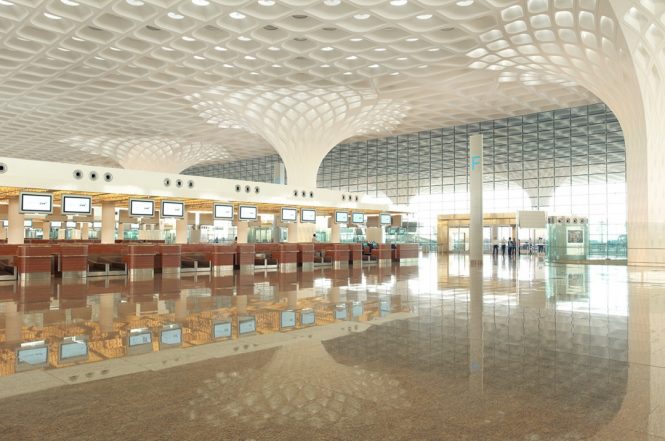 On Monday, exactly two months after India’s government imposed a countrywide lockdown, local airlines will be able to restart domestic flights. Civil aviation minister Hardeep Puri wrote on Twitter that passenger services would “recommence in a calibrated manner” with about one-third of the pre-pandemic seating capacity made available. However, middle seats will not be kept empty as part of social-distancing measures on board. Puri told Asian News International, India’s biggest news agency, that the practice would not be viable and have the effect of increasing ticket prices by 33 percent.

So far, authorities have not outlined which routes will be the first ones to operate. The national government initially mulled resuming flights between airports in “green zones” such as Goa; Ernakulam in Kerala, which is home to Cochin International Airport; and Guwahati, Assam’s largest city. But since many of the country’s major economic centers like Mumbai, Delhi, Kolkata, and Chennai are classified under the more badly affected “red zones,” it is down to individual state governments to grant permission for flights from these areas to land.

Yesterday, India’s Ministry of Civil Aviation issued detailed guidelines for air travel, covering both the pre-departure and inflight experiences. Under the sweeping new rules, travelers must wear a mask throughout their journey, and are required to download the government contact-tracing app Aarogya Setu (the name is Sanskrit for “bridge to health”) beforehand. Boarding passes will not be released until travelers prove they are marked as “safe” on the app or present a self-declaration stating they are free of Covid-19 symptoms.

Passengers will also have to check-in online and arrive at the airport at least two hours before departure time. All baggage will be sprayed with disinfectant, while travelers must go through thermal screening and clean their shoes by stepping on mats or carpets soaked with beach. Only those who have proof of confirmed web check-in will be allowed to enter airport terminals.

Each person is allowed one check-in bag and one carry-on, and as no physical check-in will be available at counters, costumers will need to print their own baggage tag and affix it themselves. At the boarding gate, airlines must hand out safety kits with a surgical mask, face shield, and hand sanitizer. No meal services will be allowed inside the aircraft cabin, and neither will the consumption of any outside food, except on medical grounds. Water bottles are to be placed either in galleys or on seats. To further reduce the risk of infection, newspapers and magazines will be removed from airport terminals and seat pockets; safety cards must be replaced or disinfected after every flight. Passengers are advised to avoid “non-essential movement” in the aisles and minimize use of the toilets on board.

Upon arrival, travelers will be subject to health protocols prescribed by the government of the destination state or union territory, which may include a mandatory quarantine period.