As the latest addition to the kingdom of Donald Trump, the Trump Golf Links at Ferry Point course opened May 26 in the Bronx. Spread over a peninsula of Long Island that juts into the East River about a half-hour drive from midtown Manhattan, the 18-hole course is the city’s first new public golf course in more than 50 years and a golfer’s dream with its 18 links-style holes designed by Jack Nicklaus. At more than six and a half kilometers long and with few trees and water hazards, the course derives its challenges from its distance and lack of protection from some serious winds. And its backdrop? Astounding views across the river to the Manhattan skyline.

It isn’t Trumps first golf-course rodeo. He already has the Trump National Doral Golf Club in Miami to his name, and he’s been working with Tiger Woods to design the Trump International Golf Club in Dubai, which will open in 2017. But it’s certainly the most hyped, and not just because it’s new. Although the course is public, the price of playing is the highest of any municipal course in the U.S., costing US$169 for New York City residents, $54 for children, and $215 for everyone else. This has naturally gathered much attention, given the course’s location in the city’s poorest borough. But Ferry Point is also seen as a revitalization effort to the area, not only for attracting money but also for drastically improving the landscape—the land on which it’s built was formerly a landfill.

Controversy aside, the course is undeniably the best in the city and a destination course for serious golfers. In addition to the 18 holes is a state-of-the-art driving range, a putting green, and two chipping greens all overseen by renowned golf instructor Michael Breed and the Michael Breed Golf Academy. And in 2016, a US$10 million clubhouse designed by New York-based design firm Hart Howerton will open as well. 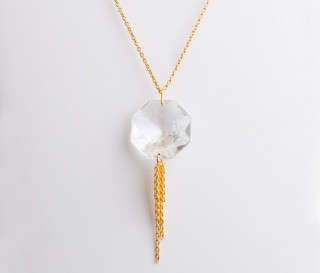