The new extension of the Singapore MRT’s Downtown Line has made it easier to access the neighborhoods on its route. Here, a guide on what to do and where to eat around five new stations.

Fort Canning Station
Soak up the natural scenery and historic charms of Fort Canning Hill while going for a workout. Local fitness company UFit offers a walk-in class where guests can expect to tackle lots of stairs on a sprint up and around the wooded parklands. Two nearby venues offer a post-exercise reward. At the foot of the hill, popular café The Fabulous Baker Boy (65/6694 -8336) serves simple Western cuisine with a local twist. Baker-owner Juwanda Hashim is known for his mouth-watering cakes, but savory menu items like the chili crab mac ’n cheese are a must-try as well. A little way down River Valley Road, Butterknife Folk (65/6734-7855) makes gelato with locally sourced ingredients. Flavors are decadent but balanced and include Life’s a Peach (white peach sorbet) and London Fog (Earl Grey tea with a hint of vanilla). Bencoolen Station
Crossings Café (65/6338-2669) is a humble social enterprise dishing up delicious local desserts (their pineapple tarts sell out by lunchtime) as well as a mean chicken curry. Nearby, Hotel G plays home to French wine bar and bistro Ginett (65/6809-7989), which brings affordable French dining from the likes of chef Sylvain Royer, who also runs Bangkok’s Scarlett Restaurant and Wine Bar. With high ceilings and a sophisticated vibe, the restaurant is ideal for people-watching and sharing plates with friends. A six-minute walk from the station will also bring you to the National Design Centre, where the Kapok branch of Tanuki Raw creates fusion Japanese fare such as seaweed-made taco shells stuffed with pulled duck confit and avocado, not to mention inspired cocktails like Yuzu Gin Fizz, which combines Beefeater gin, yuzu, shiso, and East Imperial tonic water. Inside Ginett, the high-ceilinged bistro and wine bar at Hotel G.

Bendemeer Station
Wellness-minded visitors should book a private tub at Palm Avenue Float Club (65/9151-6004), Singapore’s first salt flotation center. It’s a 15-minute walk from the station. For a more tangible souvenir, book an appointment at The Refinery, where you can buy leather gifts, notebooks, and even chocolate made by local artisans at its third-floor studio. Downstairs, the creative venue also has a yakitori grill and speakeasy bar. Singapore’s coffee and café scene has flourished in recent years thanks to trend setters like local roaster Papa Palheta. Set within a restored Art Deco shophouse, its flagship café Chye Seng Huat Hardware (65/6396-0609) takes its design cues from the metal and hardware stores that used to flourish in the area. The Refinery’s third-floor studio hosts a variety of workshops throughout the year.

Ubi Station
This largely industrial area is a playground for those seeking out chic, unusual homeware. A must-visit is Wihardja (65/6922-4588), which offers a beguiling mix of vintage and modern furniture. The showroom also has a selection of local brands including Meykrs and Wheniwasfour, which present a tongue-in-cheek look at Singapore life through cushions shaped as ang ku kueh pastries, socks printed with Singlish expressions, and old-school posters. For Indian antiques, schedule an appointment at Prakalyam Gallery (65/9008-3979), where the intricately carved wooden panels, colonial-era furnishings, and Indo-Portuguese bronze vases will transport you to another time.

Bedok Reservoir Station
This stop is within striking distance of Bedok Reservoir Park, which rings its 88-hectare namesake reservoir. There’s a network of jogging and walking paths to get your heart rate up, though you can also rent a bike or opt for water sports like kayaking and sailing. Not to be missed, the Forest Adventure (65/8100-7420) aerial obstacle course around the park underwent a full revamp last year, with the addition of a 300-meter-long zipline above the water. An easy bike ride or a half-hour stroll on the far side of the reservoir, Refuel Café (65/6448-0015) has a menu of East-West dishes such as seafood pasta in a tom yum sauce, and freshly baked waffles topped with honey barbecue pulled pork, salad, and scrambled egg. A 15-minute walk from the station in the opposite direction to the park, Fengshan Market and Food Centre is worth a detour for its minced pork noodles (bak chor mee), chai tau kueh radish cakes, and barbecue chicken wings.

This article originally appeared in the February/March 2018 print issue of DestinAsian magazine (“Right On Track”). 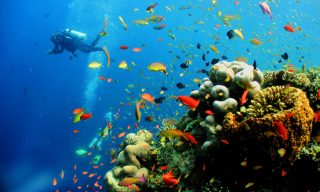 10 Fun Things You Didn’t Know You Could Do in Johor Bahru, Malaysia 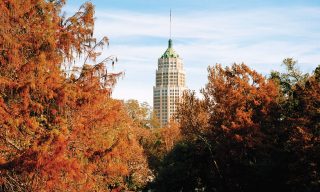 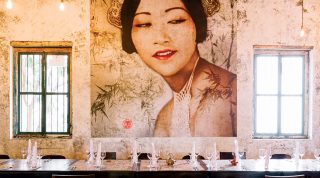 Your Guide to Phnom Penh and its Newest Attractions

On a return visit to the Cambodian capital, a onetime resident finds its streets awash in new restau...