From an ancient temple in Indonesia to a major Japanese theme park, these popular sights welcome domestic visitors as coronavirus restrictions ease across the region. 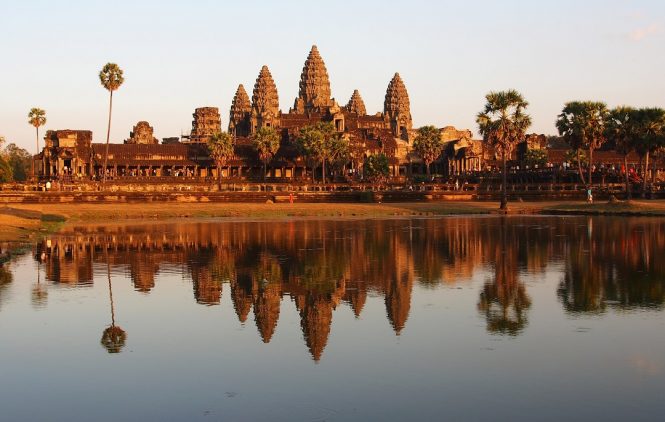 The world’s largest religious monument never actually closed throughout the pandemic, giving local Cambodians and expats living in Siem Reap the rare opportunity to have Angkor Wat and the rest of the 400-square-kilometer archaeological park all to themselves. Those lucky enough to be in the area can experience the solitude that prevailed in the overgrown ruins of Ta Prohm before the 2001 Hollywood flick Lara Croft: Tomb Raider brought it to global attention, and take in the sunrise without jostling with thousands of other onlookers. Another benefit? The lack of a waiting time for the climb up Angkor Wat’s central tower. 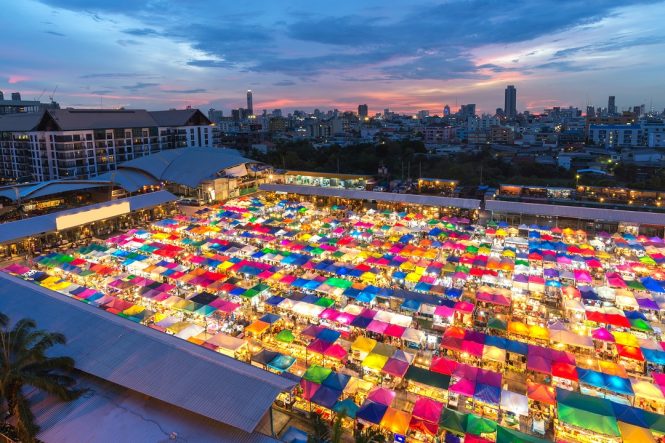 A sprawling hive of activity with more than 11,000 vendors, this popular attraction in the Thai capital reopened in early May as lockdown restrictions were gradually lifted. However, the market’s stalls have only been allowed to operate during daytime hours since then. Shoppers must undergo temperature screening and either check in using Thai Chana, the government contact-tracing app, or provide names and contact numbers if the app is not installed on their phones. Visitors are asked to keep at least 1.5 meters apart from each other, with screens of transparent wrap set up between diners even on plastic folding tables. 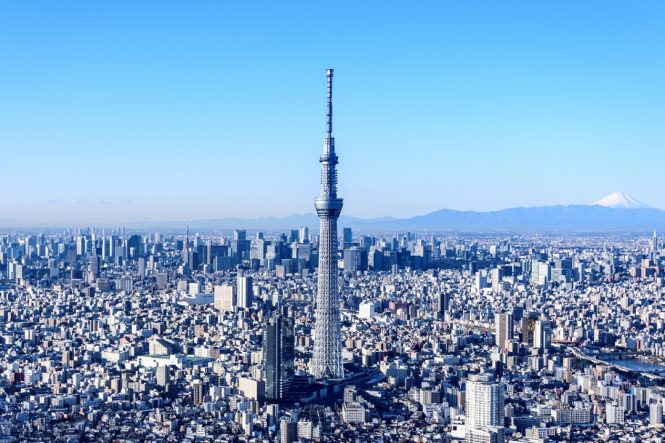 Following an unprecedented three-month closure, the tallest tower in Japan welcomed its first visitors on June 1. Anyone who enters the 634-meter landmark will have their temperatures taken at the entrance, and face masks must be worn, though small children are exempt from the rule. As a precaution, the capacity of the observation deck has been reduced to only 20 to 30 percent of its usual number of visitors (2,000 people). Tokyo Skytree’s ultramodern design incorporates a freestanding central pillar, which has been employed in traditional wooden pagodas for centuries as an important feature to dampen the horizontal shaking during an earthquake. 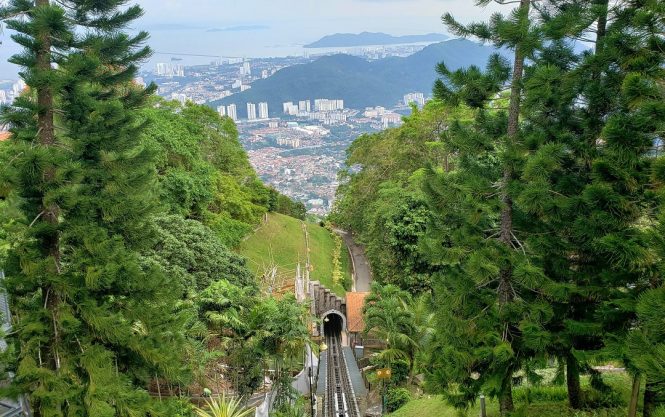 Those living in and around George Town can enjoy the cooler air of this 833-meter-high hill station come Saturday, when hiking will be allowed on its network of trails. The Penang Hill Funicular Railway is also resuming operations on that date, and will run at hourly intervals from 7 a.m.; the last service will descend from the upper station at 7 p.m. each day. Hikers must register via Penang’s local contact-tracing app PgCare at the lower terminus before starting out on their journey. Penang Hill has been shut to the general public since March 18, when the nationwide lockdown (known as the Movement Control Order) took effect. Though the Thai capital’s Grand Palace and Wat Phra Kaeo (the Temple of the Emerald Buddha) were originally scheduled to welcome the public on June 4, the Bureau of the Royal Household delayed the formal reopening by three more days to Sunday, June 7. From that date, visitors will be able to tour the royal compound between 8:30 a.m. to 3:30 p.m.; online tickets must be purchased at least 24 hours before collection. 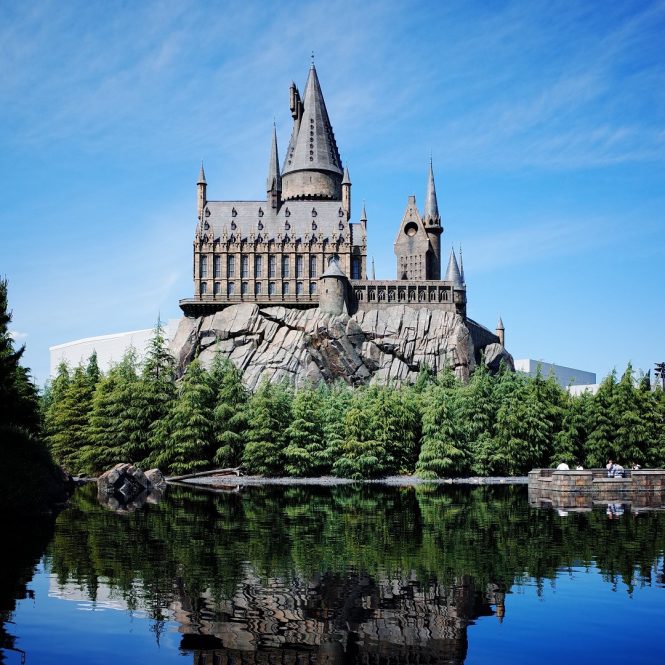 Annual ticket holders who live in Osaka Prefecture will be allowed into this 54-hectare amusement park starting next Monday, with that privilege extended to all Osaka residents on June 15. Then, all those living in the surrounding prefectures—specifically, Kyoto, Hyogo, Nara, Wakayama, and Shiga—will be welcome from June 19. Curiously, visitors are urged not to shout and scream on rollercoasters under new Covid-19 prevention guidelines published by Japan’s twin associations of theme park operators. 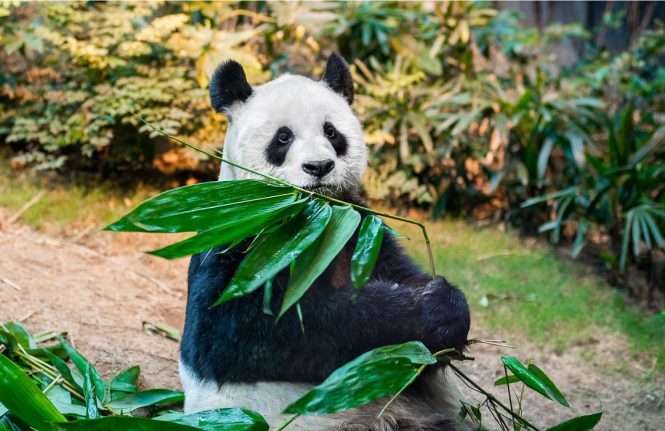 Closed since January 26, soon after the first Covid-19 cases were recorded in Hong Kong, this dramatically sited theme park is set to reopen on Saturday, June 13. No walk-in visitors will be permitted, and reservations must be made online, with a booking code presented at the gates. The capacity of individual rides and the amusement park as a whole will be reduced by more than half; predictably, masks are a must for both staff members and visitors. Even before the pandemic hit, Ocean Park was plagued by financial troubles. Lawmakers in Hong Kong’s legislature have recently approved a bailout of HK$5.4 billion (roughly US$696.7 million) to allow the amusement park to keep operating for another 12 months. 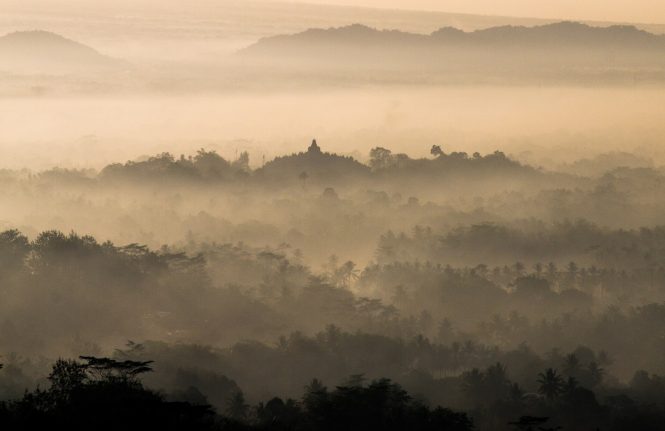 Approximately four months after it was closed, Indonesia’s largest ancient Buddhist monument will once again teem with domestic sightseers. The company that manages the UNESCO-listed site—along with the ninth-century Hindu temple Prambanan and the hilltop ruins of Ratu Boko—plans to allow tourists in next month, with new rules and features in the historic park in accordance with the tourism ministry’s Cleanliness, Health, and Safety (CHS) program. Hand-washing stations are being installed every 100 meters, and face masks will be required for all visitors, who should expect body temperature checks and physical distancing measures.