A quintet of short videos, with each new installment released on Fridays, provides travel inspiration for future breaks in the mountains of Honshu. 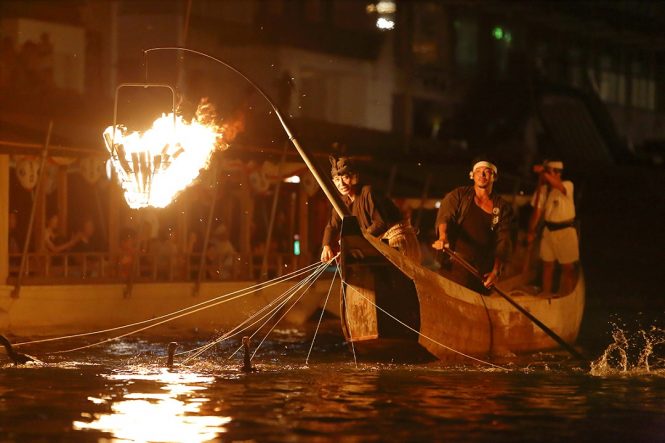 As Japan has closed its borders to foreign visitors for the time being—much like a slew of other countries across Asia—local tourism boards have been busy coming up with alternatives to entice housebound travelers glued to their screens.

Cue Gifu @ Home, the five-part video series recently launched by Visit Gifu, which aims to draw more attention to its namesake prefecture in central Honshu. The local tourism board believes “a trip to Gifu is naturally an adventure” that rewards anyone who makes the journey from Kyoto, Nagoya, Tokyo, or Kanazawa by Shinkansen or regular train.

While the first video offers a narrated introduction with a philosophical bent – the second focuses on the prefecture’s natural wonders. Activities shown here include hiking the peaks of Japan’s Northern Alps, canyoning in the dramatic gorges and waterfalls around the town of Hida-Osaka, plus more sedate diversions like riding the double-decker Shinhotaka Ropeway and enjoying a soak outdoors in a natural hot spring. Also showcased is the 532-kilometer Nakasendo (literally “Central Mountain Road”), an eighth-century footpath between Kyoto and Tokyo that is now used as a recreational walking trail.

The third instalment, released just today, spotlights some of the living traditions found in Gifu, from swordsmithing and Kabuki theater to cormorant fishing and Mino Washi papermaking. You’ll see shots of the UNESCO-listed mountain village of Shirakawa-go and sake breweries in Takayama, some of which are based in the city’s beautifully preserved Old Town, where the streets are lined with traditional two-story houses dating back to the Edo Period (1600-1868).

Useful filming location guides come packed with links to the attractions featured in each episode, pointing the way to activities and workshops open for those who desire a more hands-on experience. Gourmands will want to look out for the next video, scheduled for May 29, as it offers a closer look at Gifu’s “Awesome Food.”