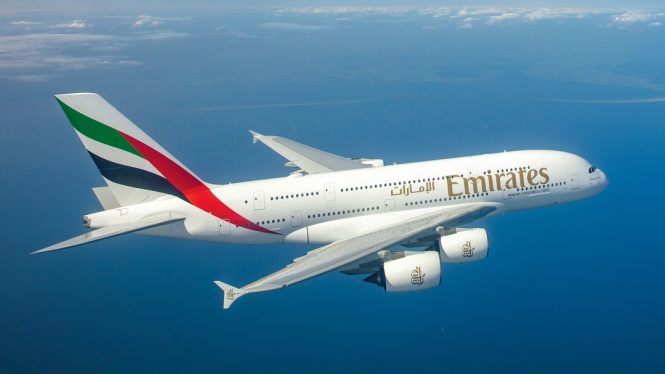 With Thailand now fully reopened to vaccinated travelers from more than 60 countries around the world, Emirates has committed to bringing back its flagship A380 service to Bangkok’s Suvarnabhumi Airport from November 28. According to Emirates, the double-decker superjumbo being deployed on the route will offer seats in first, business, and economy class; it will not be one of the carrier’s new-generation A380s featuring a premium economy cabin and revamped interiors.

This will complement the existing double daily service flown on Boeing 777-300ER aircraft, as well as Emirates’ five-times-weekly flights to Bangkok via Phuket, which are due to go daily from December 1. The boosted capacity and frequency increase will help meet demand from holidaymakers based in Europe, Africa, and the Middle East for travel to the Thai capital. Together with the extra services via Phuket, the additional flight to be operated by the A380 aircraft on the Dubai–Bangkok route will provide more than 8,600 additional seats per week.

As travel restrictions around the globe continue to ease further, Emirates has been deploying its flagship A380 aircraft to an expanded list of destinations. By the end of December, the number of cities that the aircraft will serve will increase to 28, up from its current count of 25 destinations across six continents.