Codeshare agreements and other forms of collaboration are set to continue until at least 2028. 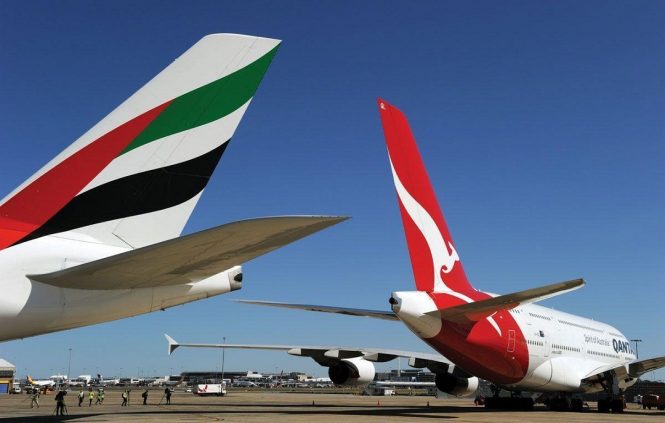 Qantas and Emirates have committed to extending their long-standing partnership, which has been in place since 2013, for another five years. This means customers and frequent flyers of both airlines will have access to an expansive joint network, and millions of reward seats to travel across Australia, New Zealand, and Europe. The agreement was signed by Emirates President Tim Clark and Qantas Group CEO Alan Joyce at the International Air Transport Association Annual General Meeting in Boston on Monday.

The airlines have existing approvals from regulators to operate a joint business until March 2023. Qantas and Emirates will seek reauthorization from relevant regulators to continue the core elements of the partnership including coordination of pricing, schedules, and sales and tourism marketing on approved routes until 2028. The deal includes an option to renew for another five years beyond that.

Together, both airlines are making millions of reward seats available for frequent flyers to reach more than 100 destinations by using their Qantas Points or Skywards Miles. For Emirates customers, the deal provides access to over 55 Australian destinations that Emirates does not fly to, and Qantas passengers can fly Emirates to Dubai and continue their journeys to over 50 cities in Europe, the Middle East, and North Africa, that are not served by Qantas. Together, Qantas and Emirates provide travelers with more than 100 codeshare destinations including 38 in Europe and 55 in Australia and New Zealand.