The Lion City is among five additional destinations that will be served by the airline’s newly retrofitted A380s. 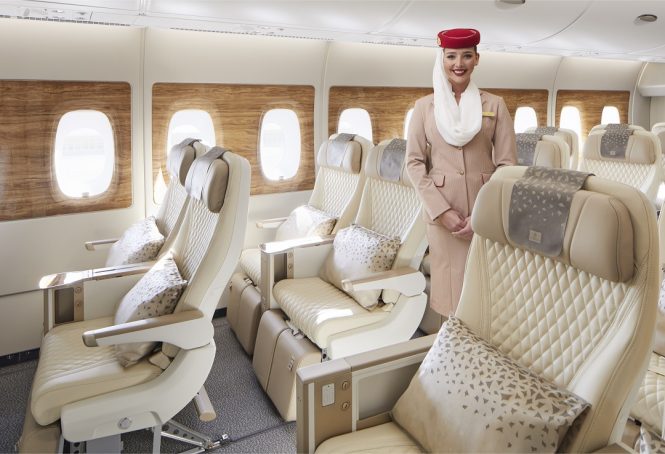 All photos courtesy of Emirates

Given that demand has exceeded expectations for Premium Economy Class on its flights to London, Paris, and Sydney, Emirates now plans to roll out the new cabin product on a quintet of popular routes elsewhere. The Gulf carrier has announced a phased introduction for services to New York JFK, Auckland, Melbourne, San Francisco, and Singapore in the coming months.

From December 1, Emirates will begin offering premium economy on flights to New York JFK, operated with its newly retrofitted A380 on EK203 and EK 204. The Auckland debut is scheduled for January 15 on EK 448 and EK 449, while premium economy will be available on Dubai–Melbourne services from February 1 aboard flights EK 406 and EK 407.

Then on February 15, San Francisco will become the second U.S. destination to be served with the retrofitted superjumbos, with passengers booked aboard EK 225 and EK 226 able to enjoy the new cabins. Finally, Emirates’ enhanced A380s with premium economy will land in Singapore for the first time on March 1, operating as EK 354 and EK 355.

At the same time, more premium economy seats will be added on the carrier’s London Heathrow and Sydney routes. Emirates will also start A380 services with a premium economy cabin to Christchurch from March 26, 2023 as an extension of the Dubai to Sydney service.

The airline’s latest deployment plans will also see 85 A380s back in the sky by December, just in time for the year-end holidays. A380 operations are being scaled up to serve close to a third of the Emirates network, with the double-decker jets flown to more destinations like Houston, Bengaluru, Perth, Hong Kong, and Kuala Lumpur. Additional cities are set to be announced in the coming weeks, and the Gulf carrier is aiming to recover 75 percent of its pre-pandemic A380 network by January 2023. 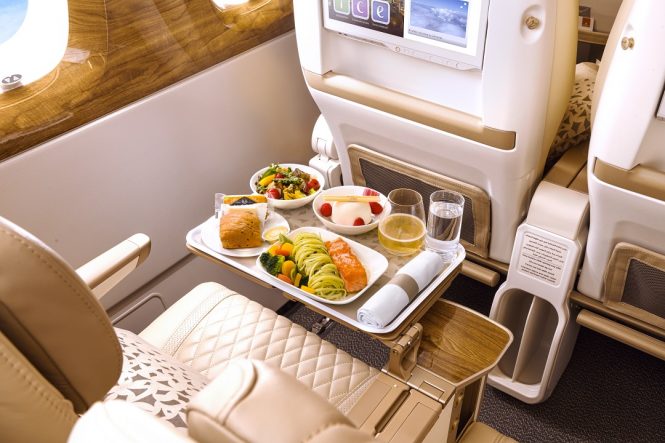