The interactive feature has just been released on the Oculus store, the world’s most popular VR platform. 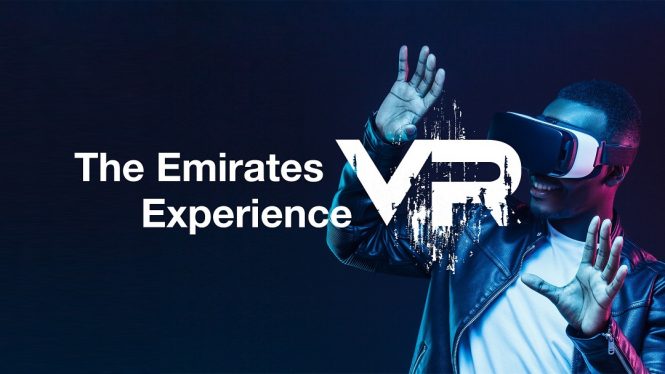 Grounded would-be travelers looking for a dose of inspiration — and those curious about Emirates’ premium experiences — now have a new tool to play with. Internet users can inspect the airline’s fully enclosed Gamechanger First Class Suites, “visit” the signature A380 Onboard Lounge, or check out the aircraft cabin from their living rooms through a range of virtual reality (VR) experiences.

Available on emirates.com, via the Emirates app, and on the Oculus Store for Oculus Rift users, the feature harnesses cutting-edge VR technology to step up engagement with its global audience and ultimately drive bookings. Emirates says it is the first airline to launch a fully fledged Oculus VR app.

Users will be able to explore the economy-, business- and first-class cabins, explore their seats, as well as the Onboard Lounge and Shower Spa on the Emirates A380 using navigational hotspots. Soon to come will be an updated version featuring its premium economy cabin and the latest A380 aircraft interiors. In the future, Emirates also plans to offer users the ability to explore destinations, select a cabin, and book and pay for their Emirates flight from within the Emirates Oculus VR app.

The best results can be seen through the Emirates Oculus VR app on the Oculus Store. This promises accurate, life-size, and interactive cabin interior experiences onboard Emirates’ flagship A380 aircraft and Boeing 777-300ER Gamechanger aircraft. Users can explore the cockpit, “pick up” items from the Onboard Lounge, “turn on” the shower in the first-class Shower Spa, or close the private suite doors behind them.

Meanwhile, an immersive 3D, web VR, and 360-degree view of Emirates’ Boeing 777 and Airbus A380 aircraft cabin interiors (including all 20 different configurations across the airline’s fleet) is offered via Emirates.com. Customers on PCs, mobile devices, or the Emirates app for iOS and Android will have the chance to explore their seats before checking in online with the 3D seat map. Using any VR headset like Google Cardboard also allows for hands-free cabin navigation and seat selection; this technology is compatible with all devices without the need for external applications or plugins.