The new climate-controlled facility is capable of producing over 1,000 tons of pesticide-free produce annually. 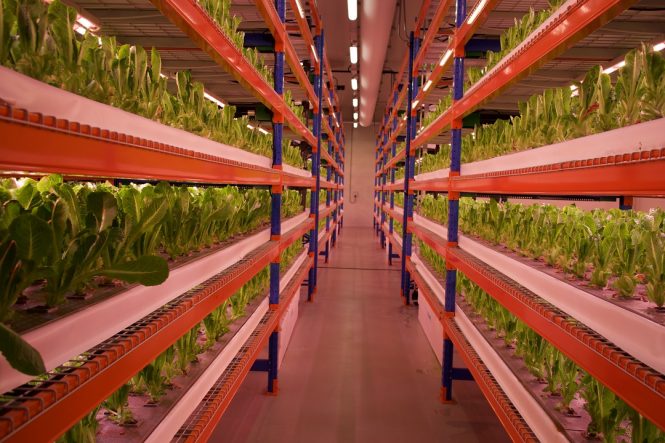 Greens on multi-tier growing racks at Bustanica. (All photos courtesy of Emirates)

Starting this month, passengers on Emirates and other airlines’ flights from Dubai can look forward to farm-fresh leafy greens — including lettuces, arugula, mixed salad greens, and spinach — grown right in the UAE. This is all thanks to the opening of Bustanica, the world’s largest hydroponic farm. Built to the tune of US$40 million, the facility is the first vertical farm for Emirates Crop One, the joint venture between Emirates Flight Catering and Crop One, a high-tech leader in the realm of indoor vertical farming.

Located near Al Maktoum International Airport at Dubai World Central, the 30,650-square-meter facility is geared to produce more than 1,000 metric tons of high-quality leafy greens per year, and requires 95 percent less water than conventional agriculture. The farm’s closed-loop system is designed to circulate water through the plants to maximize water usage and efficiency. When the water vaporizes, it is recovered and recycled into the system, saving 250 million liters of water annually compared to traditional outdoor farming for the same output.

Bustanica uses powerful technology such as machine learning and artificial intelligence, and has a highly specialized in-house team that includes agronomy experts, engineers, horticulturists, plant scientists. A continuous production cycle ensures the produce is super fresh and clean, and grown without pesticides, herbicides, or chemicals. Year-round harvests at the hydroponic farm will be unhampered by weather conditions and pests.

According to Emirates, Bustanica is not just revolutionising salads in the sky — UAE residents will soon be able to add these greens to their shopping carts at supermarkets. Consumers buying Bustanica’s greens can even eat them straight from the bag, as the mere act of washing may damage the leaves and introduce contaminants. 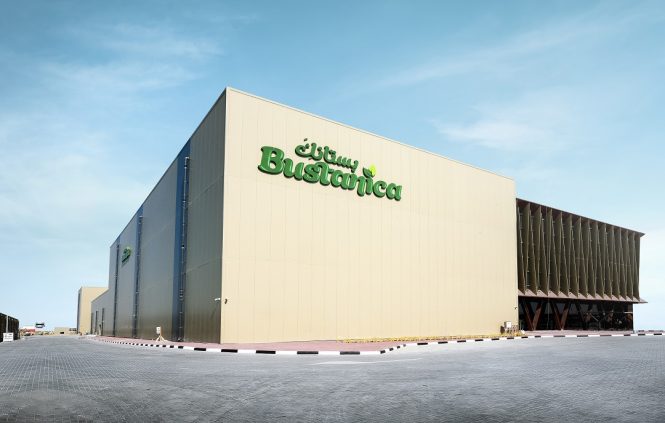 The exterior of the world’s largest vertical (and hydroponic) farm. 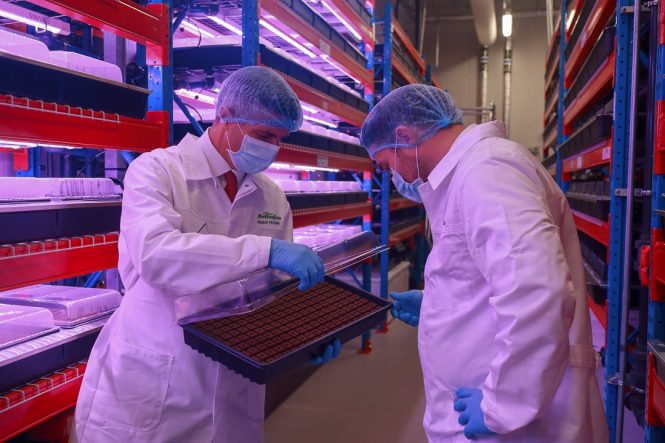 Seedlings being grown at the climate-controlled facility.