The leading Gulf carrier aims to restore its U.S. services to nearly 80 percent of pre-pandemic levels by October. 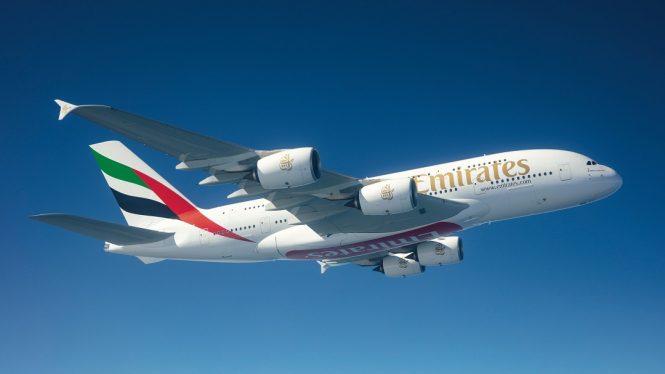 Responding to growing customer demand on the back of rising travel confidence and the easing of border restrictions, Emirates has announced that it will increase flight frequencies between Dubai the United States in the coming weeks.

Starting from October, Emirates will be operating 78 weekly flights to 12 U.S. destinations, with frequencies being bumped up on the lion’s share of routes. Boston, Dallas, San Francisco, Seattle, and Washington, D.C. will all see increases from four weekly flights to five, while those to New York (JFK) will be operated 19 times per week, up from 18 (including services connecting Milan and New York).

Emirates has already restored pre-pandemic daily flight frequencies to Chicago, Los Angeles and on the routes connecting Athens with Newark and Milan with New York. From October, the airline’s flagship A380 aircraft featuring the signature Onboard Lounge and Shower Spa will be flying to the U.S. 24 times a week (12 flights to JFK, seven flights to Los Angeles, and five flights to Washington, D.C.).

By early December, Emirates will have restored more than 90 percent of its pre-Covid flight frequencies to the U.S. with daily flights added to Boston, Dallas, Houston, San Francisco, Seattle, and Washington, D.C. in addition to double-daily flights to New York.

Customers from the U.S. will also have more opportunities to fly on the airline’s Airbus A380 aircraft from November with 35 weekly flights. Emirates’ flights between Milan and New York will also be upgraded to the A380 from October 31, resulting in New York being served three times a day by the double-decker superjumbo. In addition to Los Angeles, New York, and Washington, D.C., the Airbus A380 will return daily to San Francisco from December.

With this step up in flights, Emirates customers travelling to and from the U.S. on holiday, for work, or for visiting family and friends now have additional options for connecting to their destinations. Scroll down for a summary of the airline’s U.S. flight frequencies over the next three months: