The Gulf carrier has added nearly 80 destinations back to its global route network. 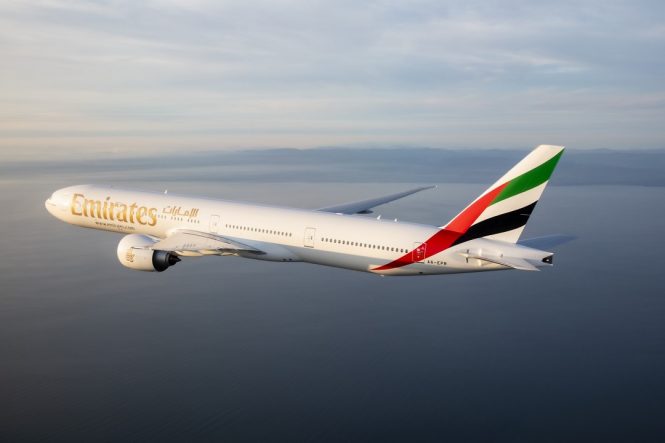 After suspending the route in late March, when all passenger flights in and out of the UAE were halted for two weeks, Emirates will once again whisk travelers between Dubai and the Thai capital. Starting on September 1, daily services to Bangkok will be operated on board Boeing 777-300ER aircraft fitted with first-, business-, and economy-class cabins. Flight EK384 is scheduled to depart Dubai at 1:50 a.m. and touch down in Bangkok at 11:30 a.m. local time. The return flight, EK385, will be a red-eye service beginning from September 2, and is set to leave Suvarnabhumi Airport at 3:25 a.m. to arrive in Dubai at 6:35 a.m.

Those flying the Dubai–Bangkok route will need to abide by restrictions at either end. While Dubai has reopened to leisure and business travelers, it’s worth noting that PCR tests (taken within four days of departure) are required for all Emirates passengers flying to and transiting through Dubai. As the general ban on international flights into Thailand has been extended until September 30, only certain groups of travelers can enter the country. These include Thai citizens; foreign spouses, parents, and children of Thai nationals; non-citizens with special permission (including those who hold work or residence permits); and limited numbers of medical tourists. All arrivals must enter quarantine for 14 days.

Emirates plans to boost its global network to 79 cities by early September. The airline has announced that it will reinstate passenger services between Dubai and Warsaw on September 4, and return to Conakry, Dakar, and Lusaka around the same date. With the addition of Bangkok to its flight schedules, the Gulf carrier is now serving a total of 15 destinations in East and Southeast Asia, all of which are shown on the map below. Emirates has resumed flights on these routes to East and Southeast Asia.