The Dubai-based carrier has once again been penalized for breaching the territory’s strict coronavirus rules. 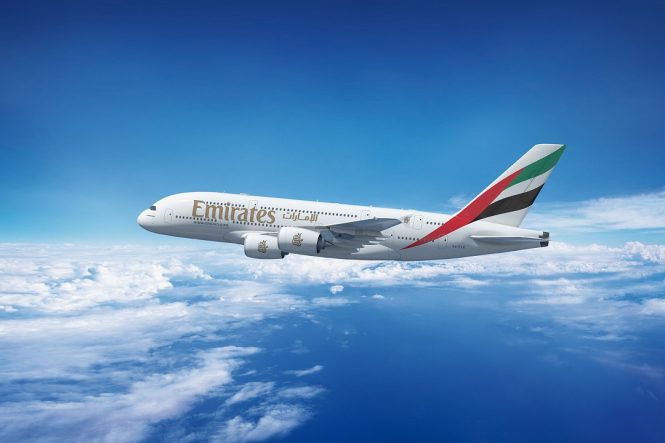 In a statement published on its website last night, Emirates announced that its passenger flights bound for Hong Kong would face a two-week suspension starting today: “As per the latest authority directive in Hong Kong, customers holding tickets on flight EK384 with final destination to Hong Kong from 13–26 April 2021, will not be accepted for travel at their point of origin.”

Operated with an Airbus A380, Flight EK384 is a daily service via Bangkok, departing from Dubai at 2:50 a.m. and touching down in the Thai capital at 12:15 p.m., before taking off two hours later to reach Hong Kong at 6:20 p.m. local time. Passengers traveling to Bangkok will still be able to board, while services on the return leg, Flight EK385 from Hong Kong to Dubai, remain unaffected.

Dr. Chuang Shuk-kwan, spokeswoman for the territory’s Centre for Health Protection, announced at a press conference this afternoon that five transit passengers (four from Pakistan and one from India) who disembarked from yesterday’s Emirates flight were found to be infected with the more contagious N501Y variants, triggering the suspension. This is the second time the airline has been slapped with a temporary ban on the route; its Hong Kong–bound services were halted between January 9 and 22 after one flight carried three passengers who tested positive for the virus as well as a traveler who “failed to comply with [anti-epidemic] requirements” set out by Hong Kong health authorities.

At the beginning of this month, Emirates became the first airline to fly an A380 to Hong Kong and Bangkok since the superjumbo jets were grounded worldwide in March 2020. The three-class aircraft used on the Dubai–Bangkok–Hong Kong route can carry a maximum of 519 passengers, with 14 seated in first class, 76 in business class, and 429 in economy.