From May 21, the Dubai-based airline will once again touch down in Europe, North America, and Australia on a regular basis. 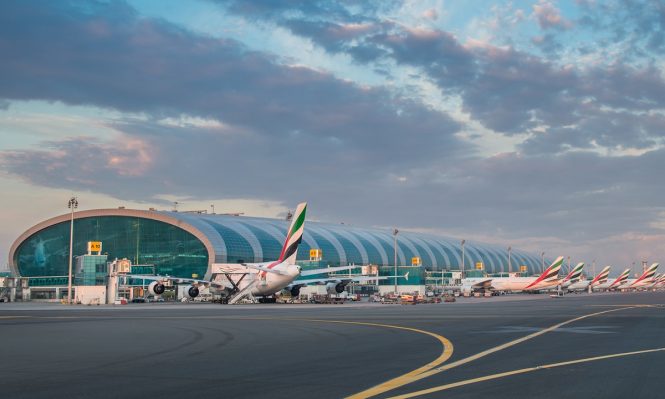 Judging by the recent flurry of news from airlines keen to rebuild their global networks, a return to some semblance of normalcy may be sooner than we think. Emirates has announced that it will restart scheduled passenger flights to nine major destinations next Thursday (May 21). Five of those are located in Europe, namely London (Heathrow), Frankfurt, Paris, Milan, and Madrid. In North America, services will be limited to Chicago and Toronto, while the Gulf carrier is returning to Australia’s two largest cities, Sydney and Melbourne.

With Qantas continuing its suspension of all international routes beyond New Zealand until at least the end of July, Emirates will soon become one of the few options for fliers planning to travel between the United Kingdom and Australia, alongside Qatar Airways. Asian carriers such as Singapore Airlines and Cathay Pacific have implemented a ban on transit passengers at their respective hubs, meaning it won’t be possible to connect via Hong Kong and Singapore for the foreseeable future.

Emirates has not yet released a timeline for restarting flights to cities elsewhere in the Asia-Pacific region. In a statement, the airline’s COO Adel Al Redha said, “we are working closely with the authorities to plan the resumption of operations to additional destinations.”

As entry restrictions remain in place across the world, all passengers must comply with the criteria set out by their destination countries to be accepted for travel. Emirates is also operating repatriation flights for visitors and residents to get home, with three scheduled this week, leaving Dubai for Tokyo Narita (May 15), the Guinean capital of Conakry (May 16), and Dakar in Senegal (May 16).

To reassure those who might be anxious about traveling during the pandemic, Al Redha said, “we have implemented additional measures at the airport in coordination with the relevant authorities in respect to social distancing and sanitization. The safety and wellbeing of our employees, customers, and communities remain our top priority.”

Gloves and masks are mandatory for all passengers and employees at Dubai International Airport, where travelers will have their temperatures checked via thermal scanners, and check-in counters now sport protective barriers. In addition, Emirates’ cabin crew, boarding agents, and ground staff have been suited up in PPE (personal protective equipment), including safety visors and disposable gowns. On board Emirates aircraft, cabin baggage is limited to essential items such as a laptop, handbag, or briefcase, and the inflight service has been modified to reduce contact, with printed reading materials unavailable. Planes will go through an enhanced cleaning and disinfection process between each flight.