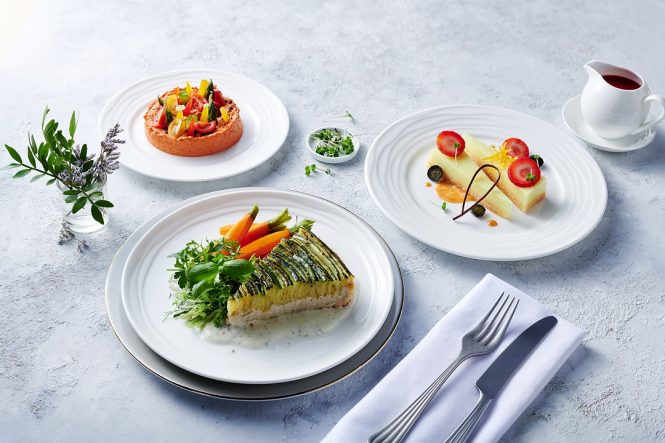 Ahead of World Vegan Day on November 1, Emirates says it has responded to growing demand for plant-based cuisine with a multimillion-dollar investment into new vegan choices onboard. A curated menu of gourmet vegan dishes has been introduced in first and business class, while economy-class menus feature a refreshed selection of plant-based meals.

The creative new menu developed by Emirates chefs puts vegetables in the spotlight and masks the absence of meat through clever use of textures and infusions to give the essential umami effect. Jackfruit is used as a focal point in some of the vegan dishes as it cooks out with a meaty texture; other core ingredients providing a moreish meal include kohlrabi, tofu, cauliflower steak, and various nuts and legumes. Emirates now offers more than 180 plant-based recipes, and vegan options are available to order and pre-order, as well as in Emirates Lounges.

The vegan menu in First and Business Class spent a year in development at Emirates Flight Catering, which is home to 11,000 employees and serves up to 225,000 meals daily. Multiple presentations featured contributions from chefs specializing in Chinese, Indian, and Middle Eastern cuisine, with tasting panels that included both vegan and non-vegan chefs and team members to ensure an inclusive approach. Premium passengers can look forward to koftas made with plant-based products from renowned company Beyond Meat.

Desserts feature tempting choices such as a dark chocolate custard cake balanced by fresh, juicy strawberries, a zesty lemon tart lightly laced with coconut cream, and a rich chocolate tofu cheesecake complemented by a sweet strawberry compote. Plant-based dishes incorporate a range of superfoods including rich-in-antioxidant black and white quinoa seeds, which help with cholesterol and blood sugar levels, lowering the risk of diabetes and heart disease. Vegan options onboard Emirates are sourced from several UAE-based suppliers, including Bustanica, the world’s largest hydroponic vertical farm. The facility produces kale, heirloom cherry tomatoes, salad leaves, and herbs for all Emirates passengers and are grown without the use of pesticides, herbicides, and chemicals. 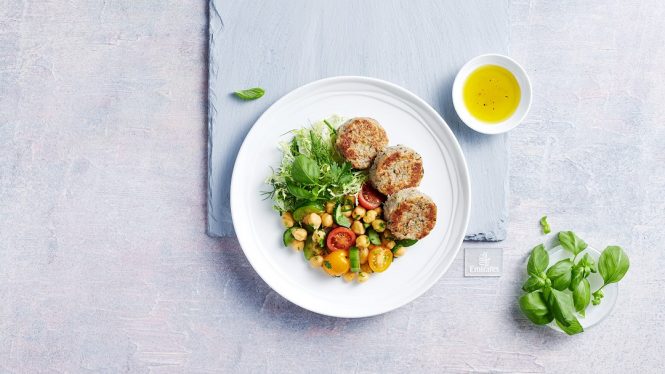 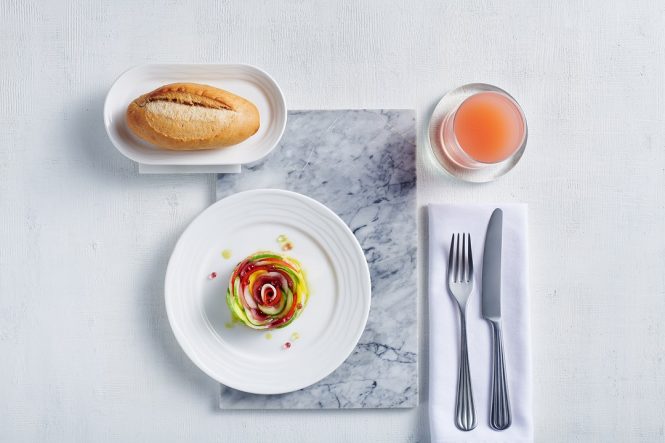 Heirloom tomato, pear, and mango salad stars on the business- and first-class menus. 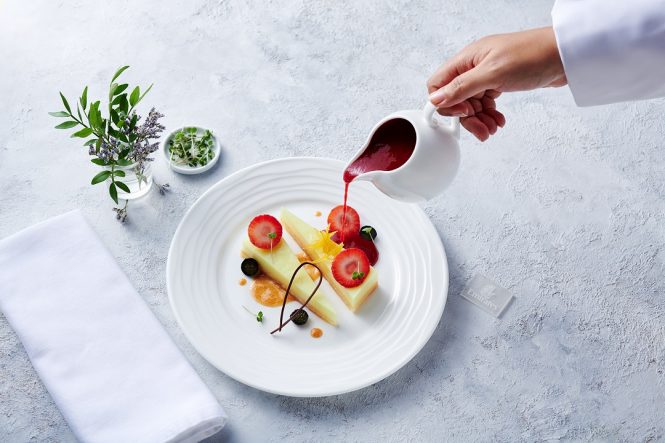