Soaring demand is spurring the carrier to restore its 2019 frequencies to Brisbane, Melbourne, and Sydney. 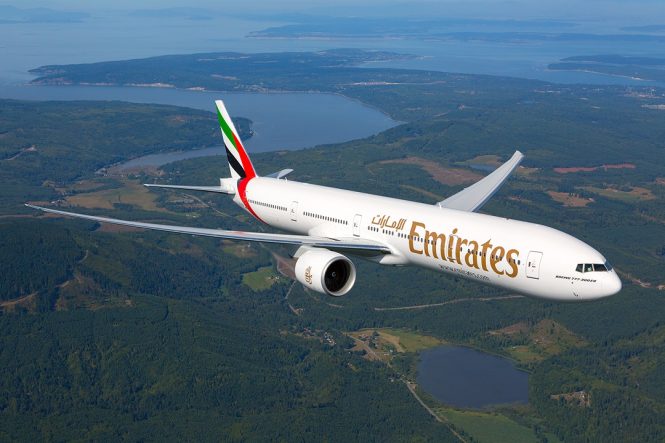 Emirates plans to significantly increase capacity to three of its four Australian destinations over the next few months, while restarting flights to Christchurch, New Zealand via Sydney — offering the only opportunity for passengers traveling between the two cities to fly on the airline’s flagship A380.

From March 26, flights to Melbourne will increase from two to three daily services via Singapore, with the total journey time estimated at about 16 hours and 30 minutes each way. May 1 will then see the launch of a third direct service to Sydney, while a second daily service to Brisbane is set to take off on June 1, complementing the existing A380 flights. All three of the resumed services will utilize Boeing 777-300ER aircraft equipped with economy, business, and first class seats.

By the middle of this year, Emirates will be operating 63 weekly services to Australia with the capacity to transport more than 55,000 passengers per week to and from its major cities. Frequencies from Dubai to Brisbane, Melbourne, and Sydney will be restored to pre-pandemic levels.

The schedule for Emirates’ third daily Dubai–Melbourne service via Singapore, starting on March 26, is as follows:

Flights to Christchurch via Sydney will also relaunch on March 26, and passengers can expect a journey time of about 19 and a half hours each way:

Emirates’ third daily nonstop Dubai–Sydney service will resume on May 1, with an estimated travel time of 13 hours and 50 minutes westbound and 14 and a half hours on the return:

Here is the schedule for the second daily flight to Brisbane, which will take around 14 hours each way (starting from June 1):