Passengers will now be able to catch connecting flights at the airline’s Dubai hub. 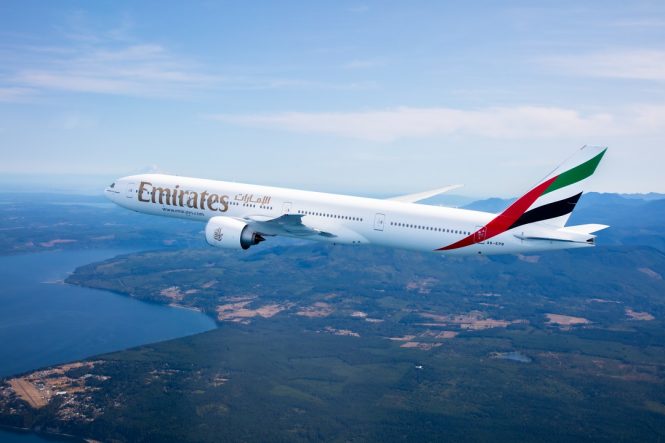 Following the U.A.E. government’s announcement yesterday to lift its blanket ban on transit passengers, Emirates has said it will restart services to 16 additional destinations from the middle of this month using Boeing 777-300ER aircraft, with flights now available for bookings on its website and through travel agents. The relaxed transit restrictions mean that customers traveling between the Asia-Pacific region and Europe or the Americas can once again break up their long journeys in Dubai, so long as they meet immigration and entry requirements in their destination country. According to a press statement, Emirates will be flying to these cities starting on June 15:

The latest effort to rebuild the airline’s global network comes on top of four routes already being reinstated this month. Next Monday will see the resumption of flights between Dubai and three of Pakistan’s major cities—namely Karachi, Lahore, and Islamabad—while the Dubai–Manila route is set to make a comeback on June 11. Emirates is already running scheduled flights to and from Chicago, Frankfurt, London (Heathrow), Madrid, Melbourne, Milan, Paris, Sydney, and Toronto. By the end of June, the leading Gulf carrier will serve a total of 29 cities around the world. 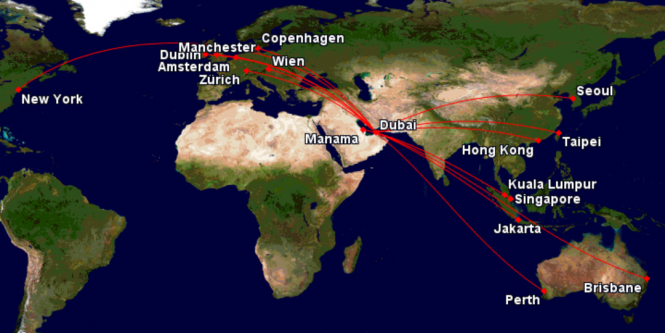 This map shows the 16 routes Emirates will add back to its network from June 15.