Booking a seat in economy with extra legroom automatically gets you involved in the airline’s tree-planting program. 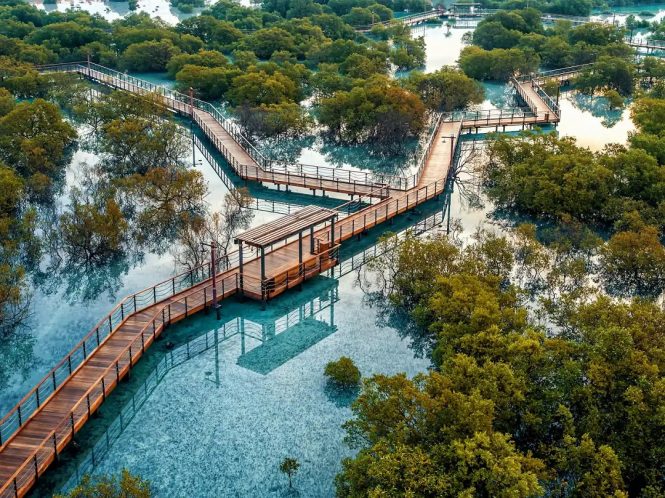 Following the launch of the Etihad Forest, an ambitious initiative to protect the environment through a network of mangrove and other forests around the world, the UAE’s national carrier has pledged to plant and “adopt” a mangrove tree in Abu Dhabi on behalf of all flyers who book an Economy Space seat, which offers more legroom. The airline says every seat sold will eventually become carbon neutral, as each mangrove will absorb up to 250 kilograms of carbon dioxide in its lifetime – the same amount produced by an eight-hour flight.

Passengers who reserve an Economy Space seat will receive confirmation of their gifted mangrove in the Etihad Forest within 10 days of flying. From the email link, guests have the ability to track, virtually visit, see photos and other details of their tree, confirming the carbon offset for their recent trip. Etihad customers have the option to register their claimed tree so they can easily revisit it at a later date. Through the platform’s app, guests can even “chat” with their chatbot-enabled tree, while also being able to track them with satellite maps and access data including CO2 consumption metrics.

Etihad Airways now aims to plant 182,000 mangroves by the first quarter of 2023 in Abu Dhabi, before the next phase of the program to establish carbon absorbing forests in every continent Etihad operates. According to the airline, mangroves remove up to four times more carbon dioxide from the air than other tropical forests, helping to fight the effects of climate change such as coral bleaching and coastline degradation.